The Detroit Lions and Chicago Bears will get our three-game Thanksgiving slate and Week 12 rolling as these NFC North rivals go head-to-head from Ford Field. Both of these clubs are coming off losses in Week 11. For Detroit, they are still winless on the season at 0-9-1 and were without starting quarterback Jared Goff for their previous matchup with Cleveland due to an oblique injury. He has a chance to play Thursday, but if he's unable to go, it'll be Tim Boyle under center. Meanwhile, the Bears will be without rookie phenom Justin Fields after he suffered a rib injury in Sunday's loss to the Ravens, meaning veteran Andy Dalton will get the nod.

Below, we'll specifically be looking at the different betting angles that this holiday matchup has in store for us. We'll be taking a look at how the lines have moved throughout the week leading into Thursday and, of course, give you our picks for this game along with a handful of our favorite player props.

This spread originally had the Bears as a field-goal favorite over Detroit and briefly moved to Bears -3.5 on Monday before slotting back down to its opening number.

The pick: Bears -3. Andy Dalton is more than capable of managing this Bears offense against a Lions defense that ranks 28th in the NFL in DVOA. So long as Dalton stays mistake-free, the defense should be able to negate either Tim Boyle or a hobbled Jared Goff in this matchup. Meanwhile, the Lions have largely been poor against the run this season and Chicago will roll out running back David Montgomery, who rushed for over 100 yards and two touchdowns against this team earlier this year. A defensive, ball-controlled win could be in order for the Bears here.

Key trend: Bears are 4-1 ATS vs. teams with a losing record.

The total for this game has taken a significant drop after opening at 45 prior to Week 11. In the aftermath of Justin Fields' rib injury, this number has fallen all the way to 41.5.

The pick: Under 41.5. This is a very low number, but it's hard to see these clubs lighting up the scoreboard Thursday. On the season, the Bears (16.3) and Lions (16) rank 29th and 30th in the NFL in points per game, respectfully. For the Bears, they've been an even worse offense on the road, averaging just 14 points per game (31st in the NFL). When taking those numbers into account along with the fact that both of these teams could be starting backups, it's hard to not lean towards the under.

Key trend: Over is 7-2 in Bears' last nine overall games.

David Montgomery total rushing yards: Over 77.5 (-115). Detroit is one of the worst run defenses in the NFL, averaging 140.5 yards per game on the ground. Those numbers are even worse when you look at the Lions' last three games (188.3 yards rushing per game). This sets up Montgomery nicely to have a 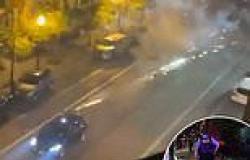 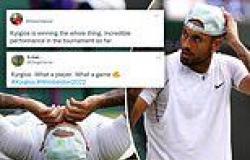