The Buffalo Bills and New Orleans Saints will wrap up the Thanksgiving slate to open up Week 12 when these club square off from Caesars Superdome. Week 11 was not kind to either of these teams as they both suffered losses and saw their opponent put up 40 or more points. This loss was particularly impactful for Buffalo as they have now fallen out of first place in the AFC East, trailing the Patriots. Meanwhile, the Saints are back down to .500 on the season, but are still within the thick of the playoff picture in the NFC, clinging to the No. 7 seed in the conference.

Below, we'll specifically be looking at the different betting angles that this primetime matchup has in store for us. We'll be taking a look at how the lines have moved throughout the week leading into Thursday night and, of course, give you our picks for this game along with a handful of our favorite player props.

The Bills opened as a 4.5-point favorite and that number held even through the Week 11 slate. However, it has since bumped all the way to Bills -6, likely due to Alvin Kamara being ruled out along with a few other key Saints players due to injury.

The pick: Bills -6. Buffalo is looking to rebound from that demoralizing home loss to the Colts and are set up nicely to do so in New Orleans. Not only is Kamara not suiting up, fellow running back Mark Ingram is questionable and All-Pro right tackle Ryan Ramcyk has also been ruled out. Given that the Bills were just torn to shreds by Jonathan Taylor to the tune of five touchdowns, avoiding an elite back like Kamara is much-needed. Buffalo has also averaged 6.3 yards per play over the last three weeks (second-best in the NFL), which could prose a problem for the Saints' defense that just allowed Jalen Hurts and the Eagles to post 40 points on Sunday and 380 yards of offense

The total for this prime-time affair opened at 48 but has fallen considerably as the week has progressed. Coming out of Week 11, the total stood a 47, but as various Saints players are held out of this matchup, this number has fallen to 45.5.

The pick: Under 45.5. If the Saints are going to be without this many key players, it's hard to imagine that Trevor Siemian will be able to put many points on the board, especially against this Buffalo defense that is still No. 1 in the NFL in DVOA entering Week 12. Even with the Bills averaging 31 points per game on the road this season, it's hard banking on the Saints to carry out their end of the bargain to have this go over.

Key trend: Under is 8-0-1 in Saints last nine Thursday games.

The value isn't great at -180, but Allen has thrown multiple touchdowns in eight of his 10 games played this season, which points favorably to that prop going over on Thursday night. Allen's also gone over this rushing yards prop in six games this season.

Siemian has gone over this passing yards number in all three of his starts this seating leading into Week 12. That said, Buffalo is the No. 1 passing defense in DVOA this season. It's also worth noting that Siemian was listed on the injury report this week (as a full participant) with a right hand injury. 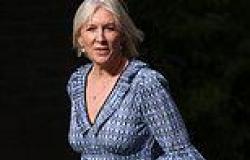 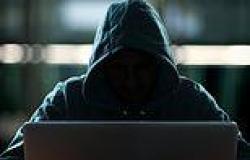