The NFL has become a part of most families' Thanksgiving traditions in America. Since the advent of NFL DFS, millions of players have enjoyed taking their chance at winning money in Thanksgiving NFL DFS tournaments, cash games and 50-50s on sites like FanDuel and DraftKings. In 2021, the NFL DFS player pool will be built from three games (Bears vs. Lions, Cowboys vs. Raiders and Bills vs. Saints), and we've seen plenty of head-turning performances on Thanksgiving in recent years.

Ezekiel Elliott produced 400 scrimmage yards and three touchdowns in his first three Thanksgiving outings for the Cowboys, but he'll want to erase the taste of a bad Turkey Day in 2020 from his mouth when he managed just 39 scrimmage yards in a Cowboys loss. Should Elliott be among your NFL DFS picks this year or are there better options available at running back? Before locking in your NFL DFS picks for Thanksgiving Day 2021, be sure to check out the NFL DFS advice, strategy and projections from SportsLine daily Fantasy expert Mike McClure.

Now, McClure has turned his attention to NFL Thanksgiving Day 2021 and locked in his top daily Fantasy football picks. You can only see them by heading to SportsLine.

One of McClure's top NFL DFS picks for Thanksgiving 2021 is Raiders receiver Hunter Renfrow ($5,600 on DraftKings, $6,200 on FanDuel). The slot receiver has 73 targets on the season to tight end Darren Waller's 79. Last week against Cincinnati (four catches for 30 yards) was an outlier compared to his typical production. Over the three games before that, he had 26 targets and 21 catches for 153 yards and two touchdowns.

Renfrow will likely be matched up against Dallas nickelback Jourdan Lewis, who has allowed a 69.9 percent completion rate to the receivers he's covered this season, the highest among all the Dallas corners. Cowboys opponents have targeted receivers a relatively high 66 percent of the time during passing plays and have had a 55 percent success rate on those attempts. Renfrow is in line for a bounce-back in targets and should be able to make grabs to lead NFL DFS rosters on Thanksgiving.

Part of McClure's optimal NFL DFS strategy also includes rostering Cowboys tight end Dalton Schultz ($5,300 on DraftKings, $6,000 on FanDuel). The Cowboys will be without Amari Cooper (Reserve/COVID-19 list) on Thursday, while CeeDee Lamb is questionable after being concussed last Sunday.

Schultz was already a major part of the Cowboys' offense and is tied for second on the team with 44 catches. Dak Prescott is aware of Schultz in the "gold zone," where the tight end has been targeted as many times inside the 10-yard-line as Cooper this season. Playing for a team short on receivers against a Raiders team that's allowed more points than any other over the 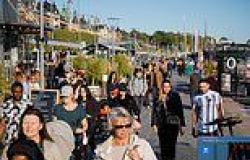