Steelers' Minkah Fitzpatrick activated off of reserve/COVID-19 list ahead of key game vs. Bengals

Minkah Fitzpatrick was one of three Pittsburgh Steelers defensive starters who were sidelined during the team's Week 11 loss to the Chargers. Steelers fans received good news on Thursday, when Pittsburgh's All-Pro safety was activated off of the team's reserve/COVID-19 list.

Watt was limited during Wednesday's practice with a foot injury, while Haden did not practice as he continues to deal with a foot injury. Steelers coach Mike Tomlin has left the light on for both players as it relates to playing in Sunday's game.

The Steelers will need as many healthy bodies as possibly as they prepare to face a Bengals team that is currently ahead of them in the AFC North division standings. Cincinnati snapped its two-game losing streak by defeating the Raiders this past Sunday in Las Vegas, 32-13. Running back Joe Mixon led the Bengals' offense with 123 rushing yards and two touchdowns, while the Bengals' defense held the Raiders' offense to just 13 first downs and 278 total yards.

Pittsburgh was without Watt, fellow outside linebacker Alex Highsmith and receiver Diontae Johnson for their 24-10 loss to Cincinnati back in Week 3. Joe Burrow took advantage of Pittsburgh's weakened pass rush by going 14 of 18 passing that included two touchdown passes to rookie Ja'Marr Chase. Conversely, Cincinnati's pass rush led to four sacks of Steelers quarterback Ben Roethlisberger, who threw a season-high 58 passes in Pittsburgh's second loss of the season.

"This is a big week for us, and I think that's one of the approaches that we're going to take this week," Tomlin said of Sunday's game. "We're not going to play it cool and pretend like it's

PREV Why Greenberg is the man to lead Cricket Australia out of the wilderness mogaznewsen
NEXT LOOK: Bizarre coin toss gets Bears-Lions Thanksgiving Day festivities started 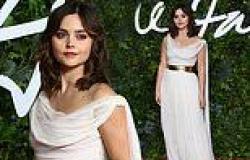