The college football season is winding down. The good news is that it's rivalry week and rivalry week leads into championship week, which marks the beginning of the postseason. CBSSports.com examines the future NFL prospects who will be making a difference in this weekend's games:

Ohio State wide receivers Chris Olave and Garrett Wilson are among the top prospects at their position. Wilson has more flash while Olave has proven to be a reliable pass catcher who also runs great routes. Both are among CBSSports.com's top 20 prospects overall. One other Buckeye garnering first-round buzz is offensive tackle Nicholas Petit-Frere. He has great size and, at times, checks all of the boxes as an NFL starter. Unfortunately those moments need to become more consistent.

Michigan edge rusher Aidan Hutchinson has established himself as one of the top edge rusher prospects eligible for the 2022 NFL Draft. He is up there with Oregon's Kayvon Thibodeaux, Purdue's George Karlaftis and USC's Drake Jackson. A second Wolverine, David Ojabo, is trying to crack that group. Ojabo needs to more consistently string together pass rush moves and become a more reliable run defender. From a pure pass rushing standpoint, Ojabo is certainly one of the best. His bend at the waist is above average around the corner. Michigan also boasts defensive back Daxton Hill, linebacker Josh Ross and safety Brad Hawkins, among others.

No. 18 Wake Forest at Boston College

Wake Forest offensive tackle Zach Tom has emerged as one of my favorite lightly discussed prospects in the class. He reminds of Christian Darrisaw a year ago in the sense that he looks bored at times and his technique slips. Wide receiver Jaquarii Roberson is a thin-framed, explosive wide receiver who has been making plays for quarterback Sam Hartman all season. It was imperative that he stepped up after wide receiver Donavon Greene went down with an injury. On 51 receptions, Roberson is averaging 16.9 yards per catch to go along with his eight touchdown receptions.

Boston College's Phil Jurkovec is a big-framed quarterback who needs to make better decisions with the football. His wide receiver, Zay Flowers, is a really fun player with the ball in his hands. During the 2021 NFL Draft, there was a run on fast, versatile wide receivers on Day 2. Flowers will be among that group this year. The offensive line is a very talented group with Tyler Vrabel, Zion Johnson, Alec Lindstrom and Ben Petrula.

No. 3 Alabama at Auburn

Alabama wide receiver Jameson Williams has climbed our rankings to become the No. 24 prospect overall. He is in his first season with the Crimson Tide since transferring from Ohio State. Williams has drawn comparisons to LSU's Justin Jefferson. He glides across the football field and is improving each week. He has the best chance to challenge Wilson as the first wide receiver taken in the draft.

Auburn's NFL draft prospects are primarily on defense. Roger McCreary and Nehemiah Pritchett are one of the best cornerback tandems in the vaunted SEC. The change in defensive scheme has benefitted McCreary, who has elevated his play to the point where he is among consideration for top senior cornerback in college football. Smoke Monday is a long safety who has shown improvement this year.

Penn State at No. 12 Michigan State

A year ago, Penn State lost Micah Parsons and Odafe Oweh, among others. Head coach James Franklin has kept the cupboard stocked with talent. Wide receiver Jahan Dotson is an undersized, explosive wide receiver, but do not put him in a box as just a gadget player. He has the ability to win at all three levels of the defense. Temple edge rusher transfer Arnold Ebiketie, offensive tackle Rasheed Walker, cornerback Joey Porter Jr., cornerback Tariq Castro-Fields and safety Jaquan Brisker are also very gifted players. Linebacker Brandon Smith is one that many prop up, but he has to better understand what he is seeing before it happens and react quickly. Right now, he is relying too much on his athleticism.

Michigan State running back Kenneth Walker III has taken college football by storm. He is a powerful runner who fights through contact. The Wake Forest transfer has kept his team involved in big games and was a big reason for the comeback win over rival Michigan. The Spartans also have a few talented pass catchers: receivers Jalen Nailor and Jayden Reed. Nailor is a bit higher in my personal rankings. He shows an ability to track deep balls, has good speed and 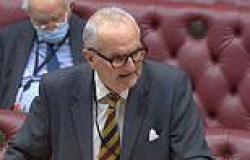 Chloe Goodman shows off her baby bump in cream sweater during adorable walk ...