The Philadelphia Eagles and the New York Giants are set to square off in an NFC East matchup at 1 p.m. ET on Sunday at MetLife Stadium. New York is 3-7 overall and 2-3 at home, while the Eagles are 5-6 overall and 4-2 on the road. The Eagles have won three of their last four games. The Giants have lost four of their past six games.

The Eagles have won eight of the last nine games between the teams. Philadelphia is favored by 3.5 points in the latest Giants vs. Eagles odds from Caesars Sportsbook, and the over-under is set at 45.5. Before entering any Eagles vs. Giants picks, you'll want to see the NFL predictions from the model at SportsLine.

Now, the model has set its sights on Giants vs. Eagles. You can head to SportsLine to see its picks. Here are several NFL betting lines for Eagles vs. Giants:

What you need to know about the Giants

The Giants took a 30-10 loss against the Tampa Bay Buccaneers on Monday. Daniel Jones threw two interceptions with one TD and only 167 yards passing. The Giants were outscored 13-0 in the second half. Saquon Barkley returned from a four-game layoff due to an ankle injury and rushed for 25 yards on six carries.

Kadarius Toney (quadriceps) is doubtful for Sunday's game and Sterling Shepard (quadriceps) is out. Kyle Rudolph (ankle) is doubtful. Leonard Williams has a sack in three of his past four home games. Azeez Ojulari is second among rookies with 5.5 sacks.

What you need to know about the Eagles

The Eagles scored a 40-29 win over the New Orleans Saints last Sunday. Jalen Hurts had 147 passing yards, 69 rushing yards, and three rushing TDs in Week 11. He has four games with two-plus rushing TDs, tied for the most by an NFL QB in his first two seasons. Miles Sanders returned for the first time since Week 7 because of an ankle injury and rushed for 94 yards. 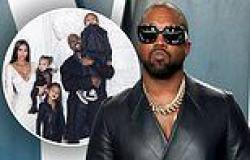 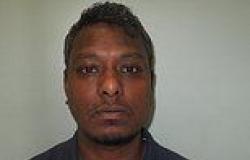