The Atlanta Falcons will square off against the Jacksonville Jaguars on the road at 1 p.m. ET Sunday at TIAA Bank Field. Neither of those teams managed to put together many points in their previous contests, so their meeting could be a low-scoring affair.

Atlanta has to be hurting after a devastating 25 to nothing loss at the hands of the New England Patriots last Thursday. One thing working slightly against the Falcons was the run-of-the-mill game of their most targeted running back, RB Qadree Ollison, who rushed for 34 yards on nine carries.

Meanwhile, Jacksonville ended up a good deal behind the San Francisco 49ers when they played last week, losing 30-10. Jacksonville was down 27-3 at the end of the third quarter, which was just too much to recover from. Their only offensive touchdown came from RB James Robinson.

This next game is expected to be close, with Atlanta going off at just a 2-point favorite. Now might not be the best time to take Atlanta against the spread since they've let down bettors for the past two consecutive games.

These two teams will surely be fighting tooth and nail to get back into the win column after losses last week. Giving up four turnovers, the Falcons had had trouble holding onto the ball. We'll see if the Jaguars can exploit that vulnerability.

The Falcons are a slight 2-point favorite against the Jaguars, according to the latest NFL odds.

The oddsmakers had a good feel

NEXT sport news Patrice Evra claims Ryan Giggs is the best player he has played with, snubbing ... 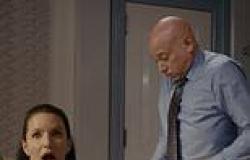