The Carolina Panthers will take on the Miami Dolphins at 1 p.m. ET Sunday at Hard Rock Stadium. The Panthers have a defense that allows only 20 points per game, so Miami's offense will have their work cut out for them.

It was all tied up 14-14 at halftime, but Carolina was not quite the Washington Football Team's equal in the second half when they met last week. Carolina didn't finish too far behind, but the team still lost 27-21 to Washington. QB Cam Newton put forth a good effort for the losing side as he passed for two TDs and 189 yards on 27 attempts in addition to rushing for one TD and 46 yards. Newton ended up with a passer rating of 161.

Meanwhile, it was all tied up 7-7 at the half for Miami and the New York Jets last week, but the Dolphins stepped up in the second half for a 24-17 victory. No one had a standout game offensively for Miami, but they got scores from WR Mack Hollins, RB Myles Gaskin, and WR Jaylen Waddle. One of the most thrilling moments was Hollins' 65-yard TD reception down the left side of the field in the third quarter.

This next game is expected to be close, with the Panthers going off at just a 1.5-point favorite. Those playing the odds have seen things go back and forth with Carolina, who are 5-6 against the spread.

The Panthers are a slight 1.5-point favorite against 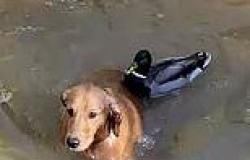