The Cleveland Browns are 2-8 against the Baltimore Ravens since September of 2016, but they'll have a chance to close the gap a little bit Sunday. Cleveland and Baltimore will face off in an AFC North battle at 8:20 p.m. ET at M&T Bank Stadium. These two teams are tiptoeing into their game after sneaking past their previous opponents.

The Browns came out on top in a nail-biter against the Detroit Lions last week, sneaking past 13-10. The overall outcome was to be expected, but Detroit made it more of a contest than the oddsmakers had predicted. Cleveland's RB Nick Chubb did his thing and picked up 130 yards on the ground on 22 carries in addition to snatching one receiving TD.

Speaking of close games: Baltimore sure made it a nail-biter, but they managed to escape with a 16-13 win over the Chicago Bears last week. The Ravens' only offensive touchdown came from RB Devonta Freeman. Baltimore's victory came on a three-yard rush from Freeman with only 0:25 remaining in the fourth quarter.

Most of the squad's points came courtesy of special teams, which contributed ten. K Justin Tucker delivered a perfect 3-for-3 game.

The wins brought the Browns up to 6-5 and Baltimore to 7-3. A couple stats to keep in the back of your head while watching: Cleveland ranks first in the NFL when it comes to rushing yards per game, with 156.8 on average. But Baltimore enters the matchup with only 88.6 rushing yards allowed per game on average, good for second best in the league. These opposing strengths should make for an exciting matchup.

The Ravens are a 3.5-point favorite against the Browns, according to the latest NFL odds.

The oddsmakers had a good feel for the line for this one, as the game opened with the Ravens as a 4.5-point favorite.

Baltimore have won nine out of their last 12 games against Cleveland. 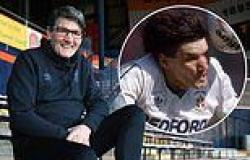 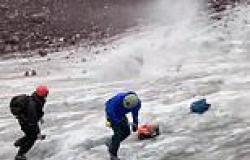