The AFC West is one of the tightest divisions in the NFL, with first place and last place separated by just 1.5 games. Every divisional game at this stage is critical, and on Sunday the second-place Los Angeles Chargers (6-4) will visit the last-place Denver Broncos (5-5). The Chargers bring the No. 8 total offense in the NFL to the party, while the Broncos have the No. 9 total defense. It will be a battle of strength on strength as Brandon Staley and Vic Fangio match wits. In select markets, you can stream the game live on Paramount+.

Kickoff is set for 4:05 p.m. ET from Empower Field at Mile High in Denver. Caesars Sportsbook has Los Angeles as a 2.5-point favorite in the latest Chargers vs. Broncos odds. The over-under for total points is 47.5. In select markets, Sunday's matchup can be seen live on CBS and streamed live on Paramount+ with their must-have Premium plan.

Before you tune in to Sunday's Chargers vs. Broncos game, you need to see the NFL picks from SportsLine's advanced computer model. The model, which simulates every NFL game 10,000 times, is up almost $7,300 for $100 players on top-rated NFL picks since its inception six-plus years ago. The model enters Week 12 of the 2021 season on an incredible 130-91 run on top-rated NFL picks that dates back to the 2017 season.

For Broncos vs. Chargers, the model is backing Los Angeles to cover the spread. Chargers quarterback Justin Herbert is completing 66.2 percent of his passes this season and has thrown for 2,927 yards and 22 touchdowns with just eight interceptions. He's coming off one of his best performances of the season in a win over the Steelers, throwing for 382 yards and three touchdowns while rushing for 90 yards. 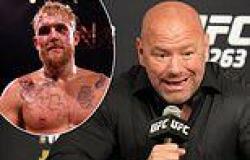 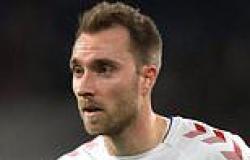