It's the 12th Sunday of the 2021 NFL season and we're keeping you updated on all the action and biggest storylines throughout the day. The Week 12 slate has some fantastic matchups and storylines, and we're here to help you watch it unfold. Check back often to find out everything you need to know.

The game was already out of reach, but this is a highlights story, so we're going to show you what was essentially a Hail Mary from the Chargers. Herbert chucked the ball up while shuffling towards the sideline, and the 6-foot-5 Jared Cook outjumped everyone in the back of the end zone to come down for the improbable touchdown.

Ironically, it was Aaron Rodgers who said that people shouldn't judge Odell Beckham Jr. after a quiet first game with the Rams two weeks ago. It was ironic was because with Los Angeles needing a big play, Beckham got behind the defense for a 54-yard touchdown.

Patrick Surtain II is having the game of his life. The ninth overall pick in the 2021 NFL Draft has intercepted Justin Herbert twice, once in the end zone to stall a promising drive and another near the sideline off a tipped ball. The latter was more significant, as Surtain raced down the left sideline for a 70-yard touchdown return that put the finishing touches on what will be an impressive win for the Broncos over their division rival.

Three weeks ago, fourth-round rookie Kene Nwangwu took the opening second-half kickoff for a touchdown. He did it again Sunday, streaking 99 yards to cut the deficit to one possession.

The Chargers were going in for the tying score -- or so they thought. Justin Herbert ended up underthrowing his receiver in the end zone, allowing Patrick Surtain II to make the end zone pick and preserve the Broncos' touchdown lead.

Kirk Cousins entered Sunday with a 0.5 interception percentage -- by far the best mark of his decade-long career in the NFL. But early in the third quarter, he made a throw he would absolutely like back. The pass landed right in the hands of Azeez Al-Shaair, who took the ball down to the 2-yard line. Elijah Mitchell doubled the 49ers' lead on the next play, making sure Cousins paid for just his third interception of the season in 11 games.

Samuel might be the most dangerous offensive weapon in today's NFL. Case in point: these carries on San Francisco's first drive of the second half. While Samuel has yet to catch a pass, he has five carries for 72 yards and a pair of scores.

Yet another Ekeler TD

After scoring four touchdowns last week, Austin Ekeler found pay dirt again at the end of the first half Sunday. The Chargers were in dire need of the 12-yard catch and run to cut the deficit to 14-7 before halftime.

Linebacker Ernest Jones had to think he was about to intercept Aaron Rodgers early in the second quarter. After all, Rodgers was throwing directly at him. But Rodgers is a future Hall of Famer for a reason, and Jones saw that firsthand as Rodgers' pass sailed just above his outstretched fingers and into the hands of Randall Cobb for what ended up being a 54-yard gain.

Adam Thielen entered Week 12 tied for third in the NFL with eight receiving touchdowns. He's already added two more in the first 18 minutes against the 49ers on Sunday -- the second requiring him to contort his body and dive opposite of his momentum for the 20-yard touchdown.

Down 10-0, the Rams were in dire need of someone to make a play. Those players turned out to be Van Jefferson, who beat his defender deep down the middle of the field, and Matthew Stafford, who hit Jefferson in stride for a 79-yard touchdown.

Deebo Samuel entered Week 12 as the NFL's second-leading receiver with 994 yards, but recently Kyle Shanahan has been utilizing his skillset in the backfield. The results has been fruitful, evident by Samuel's 20-yard rushing score to tie the game against the Vikings.


The Vikings defense turned San Francisco over on its first possession, and the offense rewarded the unit by opening the scoring with a touchdown. The Kirk Cousins to Adam Thielen scoring connection continues.

The 49ers want to rely heavily on the run game, but because of a penalty, they were faced with a third-and-long on their opening possession. That turned out to be bad news for San Francisco, as Harrison Smith jumped right in front of Jimmy Garoppolo for the interception.

Bridgewater gets the pylon

Teddy Bridgewater is more than just a pocket passer, and he showed his dual-threat ability on an 11-yard touchdown scramble to open the scoring against the Chargers.

Fournette for the win!


Who needs a potential game-winning field goal when you can all but clinch the victory with a touchdown? That's the Leonard Fournette difference, as the bruising running back barreled 28 yards for the go-ahead score with just 20 seconds to play. Fournette was magnificent in Indianapolis, totaling 131 yards from scrimmage and four touchdowns!


The Buccaneers' Antoine Winfield Jr. tracked the deep ball, continued tracking it and then tracked it some more until, at the last second, the 5-foot-9 safety leapt over the 6-foot-4 Michael Pittman Jr. for one of the prettier interceptions you'll see this season. The turnover was especially crucial because Tampa Bay took the lead on the ensuing possession.


The Patriots simply cannot be stopped, rolling toward what would be their sixth-straight victory as they face the AFC's current No. 1 seed. Kendrick Bourne has been a big part of the team's latest impressive performance, as his 41-yard, tight-rope touchdown down the right sideline gave New England a 26-13 lead.

The Dolphins are rolling against Carolina. Already up, 21-10, Myles Gaskin took the direct snap, ran around left end and then split a pair of blocks to waltz in for the score. Miami is well on its way to its fourth straight victory.

It's been a day to forget for Jalen Hurts, who has not one, not two, but three interceptions against New York's 25th-ranked passing defense. He deserved the most-recent interception, too, as he lazily threw the ball up into double coverage. Xavier McKinney came away with the easy turnover to preserve the Giants' 10-0 advantage.

After a completely unnecessary leverage penalty on the Texans gave the Jets a first-and-goal, Zach Wilson made them pay with a four-yard scramble that gave New York back the lead.

Hilliard to the house


On Tuesday, the Titans promoted Dontrell Hilliard from the practice squad. On Sunday, Hilliard burst through the line of scrimmage and ran away from everybody en route to a 68-yard scoring scamper. The 2018 undrafted free agent went over 100 rushing yards in the first half on just eight carries, giving Tennessee a much-needed offensive boost.

Catch of the day candidate for the Jaguars' Marvin Jones, who made a full-extension, one-handed snag for a nice gain against the Falcons.


The Colts finally moved over .500 after pummeling the Bills last week, and now they're handling Tom Brady and the Buccaneers -- at least in the first half. Carson Wentz has thrown two touchdowns while Tampa Bay has committed two turnovers, allowing Indianapolis to build a double-digit advantage against the reigning Super Bowl champions.


Tua Tagovailoa has 126 yards passing with about four minutes left before halftime. Former Alabama teammate Jaylen Waddle has 101 of them on five receptions, including a nine-yard score, and the Dolphins are in control versus the Panthers.

Without Cordarrelle Patterson, the Falcons were shut out in a blowout loss to the Patriots in Week 11. Patterson returned Sunday, though, and has picked up right where he left off before his injury, scoring the game's first two touchdowns and racking up 91 total yards.


That's probably what Tee Higgins said to fill-in cornerback James Pierre after catching a 32-yard touchdown over him to give the Bengals a 17-3 lead in the second quarter.


There's not much to say about this Zach Wilson interception aside from...WHAT WAS HE THINKING?

All Cam Newton has done since re-signing with the Panthers is score touchdowns. He's now got six in fewer than 100 offensive snaps after barreling into the defensive line, twisting and having one of his offensive lineman pull him into the end zone from one yard out.

Winners of three straight, the Dolphins are off to a great start against the Panthers thanks to linebacker Duke Riley. After coming on to the field late, Riley came off the right edge and blocked the punt, which Justin Coleman recovered before getting across the goal line (with the help of his teammates).

The Texans looked prime to score on their first possession, but John Franklin-Myers had other ideas. With Tyrod Taylor attempting a screen pass, Franklin-Myers swatted the ball high into the air, came down with it and then rumbled all the way inside Houston's 40-yard line. The giveaway led 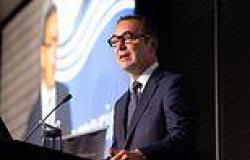 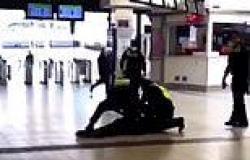