Steelers stock up, stock down after blowout loss to Bengals: Several changes likely coming for Pittsburgh

The sky isn't falling in Pittsburgh, but let's just say that Steelers fans aren't banking on finding playoff tickets inside their stockings this holiday season. Sunday's 41-10 blowout loss to the Bengals was Pittsburgh's second defeat in eight days after recently going 49 days without a defeat. At 5-5-1, the Steelers have left themselves little margin for error heading into the final six weeks of the regular season.

Mike Tomlin was certainly not thinking about his team's remaining six games as he entered the Steelers' facility Monday morning. Pittsburgh's coach was surely trying to find ways to reverse recent negative trends in time for next Sunday's game against Lamar Jackson and the Ravens. In his postgame press conference, Tomlin said fans can "certainly" expect changes to his team -- specifically on the offensive and defensive lines -- following Sunday's 31-point loss, which was tied for the worst defeat in Tomlin's 15 years as the Steelers coach.

With that in mind, let's take a look at which Steelers stocks went up and down during Sunday's game, along with what possible changes Tomlin might back over the next several days.

While some of his production was in garbage time, Johnson nevertheless delivered arguably the Steelers' best performance. Johnson caught nine passes for 95 yards on Sunday while accounting for nearly 32% of Pittsburgh's offensive output. Over the past three games, the former Toledo Rocket has 23 receptions for 279 yards and a touchdown. For the season, the 25-year-old wideout has caught 68 passes for 809 yards and four touchdowns.

For four straight weeks, Pittsburgh's offensive line has shown signs of regression. The unit failed to produce any running lanes for Najee Harris, who left the game early after gaining just 23 yards on eight carries. Pittsburgh rushed for just 51 yards on 15 carries on Sunday, a week after gaining just 45 yards in a loss to the Chargers. Rookie left tackle Dan Moore Jr., given the unenviable task of trying to block Bengals pass-rusher Trey Hendrickson, gave up a strip-sack of Ben Roethlisberger in the third quarter that could have seriously injured Pittsburgh's veteran quarterback.

The line suffered a blow this past week when center/guard J.C. Hassenauer was placed on injured reserve. With Hassenauer and Kevin Dotson injured, veteran B.J. Finney was called to make his first start of the season on Sunday. Finney will probably remain at left guard until Dotson and Hassenauer are healthy enough to return to the lineup. While not many other changes can be made anytime soon, Zach Banner may finally be healthy enough to replace Moore at left tackle. Banner, who had a setback this summer after coming back from last year's ACL injury, could also reprise his role at right tackle while moving Chukwuma Okorafor over to left tackle.

Pittsburgh's rookie tight end has been one of the team's most reliable players over the past six games. Over that span, Freiermuth has caught 29 passes for 227 yards and five touchdowns. He caught all four of his targets on Sunday for 40 yards that included Pittsburgh's only touchdown, a 15-yard catch with less than three minutes left. The Steelers appeared to have finally found the heir apparent to Heath Miller, the franchise's greatest tight end who retired after the 2015 season.

Pittsburgh's defensive line is in shambles. With Tyson Alualu, Stephon Tuitt and Carlos Davis injured, the unit's lack of depth has been massively exposed in recent weeks. Despite their lack of depth, the Steelers did not dress Isaiah Buggs and instead employed a two-man line consisting of Cam Heyward and Chris Wormley, with Alex Highsmith and T.J. Watt coming off the edge. The quartet did its best, but was unable to mask Pittsburgh's lack of bodies up front.

Pittsburgh could call up Khalil Davis, a former Buccaneers draft pick who was added to Pittsburgh's practice squad earlier this month. While he has yet to make a splash as a professional, Davis was Nebraska's best interior lineman during his final two seasons in Lincoln. He tallied eight sacks during his final season at Nebraska before being drafted by the eventual Super Bowl champions.

Believe it or not, Pittsburgh's inside linebackers may be an even bigger issue than the defensive line. Joe Schobert is a tackling machine, but he does not make many splash plays sans his forced fumble near the end of Pittsburgh's Week 8 win in Cleveland. Former first-round pick Devin Bush's disastrous season hit a new low on Sunday. Along with not making an impact whatsoever, Bush completely lacked hustle on several plays. Pittsburgh would be better-served giving Bush's snaps to backups Marcus Allen, Ulysees Gilbert III and Buddy Johnson. Robert Spillane did receive more reps on Sunday before leaving the game with an injury.

Sure, he got juked out by Joe Burrow on Burrow's 8-yard touchdown run that capped off the first of Cincinnati's scoring drives. But Fitzpatrick did come up with his first interception of the year at the end of the first half, when he picked off Burrow's deep pass intended for Tee Higgins. Fitzpatrick will have make more plays like that down the stretch if Pittsburgh is going to get back in the playoff hunt.

Burrow picked on Pittsburgh's young cornerback for the second time in as many games. Pierre, who covered Higgins on Sunday after getting burned by Ja'Marr Chase in the teams' first matchup, was "Mossed" by Higgins on Cincinnati's second touchdown. While he should have had more safety help on Sunday, Pierre needs to win more of his one-on-one matchups.

Pierre's struggles exposed Pittsburgh's lack of depth at cornerback behind starters Cam Sutton and Joe Haden, who missed Sunday's game with a foot injury. Justin Layne, a 2019 third-round pick, has not panned out. And while Pierre has shown promise, he certainly isn't Mike Hilton, whose pick-six on Sunday showed the Steelers what they lost after letting him go last offseason. 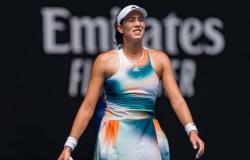 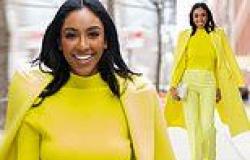