The New England Patriots (8-4) sit atop the AFC East standings ahead of Week 13 thanks to a six-game winning streak. Mac Jones and the Patriots will face stiff competition, however, on Monday Night Football when they take on the reigning AFC East champion Buffalo Bills (7-4) at Highmark Stadium. Both teams have elite defenses and oddsmakers expect a low-scoring, close matchup.

Kickoff is set for 8:15 p.m. ET. Buffalo is favored by three points in the latest Bills vs. Patriots odds from Caesars Sportsbook, while the Over-Under is 41. Before you lock in any Patriots vs. Bills picks, be sure to check out the NFL predictions and betting advice from the SportsLine Projection Model.

The model also ranked in the top 10 on NFLPickWatch four of the past five years on straight-up NFL picks and beat more than 94 percent of CBS Sports Football Pick 'em players four times during that span. Anyone who has followed it is way up.

Now, the model has simulated Patriots vs. Bills 10,000 times and just revealed its coveted NFL picks and predictions. You can head to SportsLine now to see the model's picks. Here are several NFL odds and betting lines for Patriots vs. Bills:

The Patriots' seventh-ranked scoring offense averages 28 points per game, and generating stops on defense has helped them shorten the field and put points on the board. New England's defense has tallied a league-high 19 interceptions and ranks second in total takeaways with 25. Josh Allen has thrown multiple interceptions in three of his previous four games, and the Bills lost two of those contests. Buffalo could fall short if its signal-caller's struggles persist.

Why the Bills can cover

The Bills are 3-2 straight up at home and all of their wins at Highmark Stadium have been by double-digits. The favorites have gone 15-5 straight-up in their last 20 games, and a straight-up win will also likely get the job done against the spread with such a tight number.

This season, the Bills have been just as good as the Patriots on defense. They've given up a league-low 182 points, and only the Patriots have allowed fewer points per game. Buffalo's top-ranked pass defense has allowed just 1,964 yards through the air through 11 games, while no other team has allowed fewer than 2,000. Then there's the Bills' offense, which has generated 29.6 points per game. Buffalo's top-10 passing attack has amassed 25 touchdowns through the air. Only two teams have tallied more passing touchdowns, so even New England's talented secondary could struggle 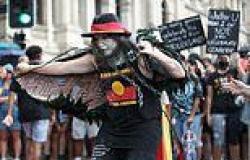 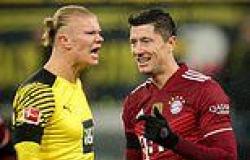