About a month ago, it seemed crystal clear -- the Dolphins made a colossal mistake trading up for Jaylen Waddle in the first round of the 2021 NFL Draft. Bengals wideout Ja'Marr Chase was soaking in widespread recognition after a 200-yard effort in a throttling of the Ravens, crossing the 750-yard mark in just seven games.

Waddle hadn't had even 90 yards receiving in a game -- Chase had three 100-plus yard outings -- with under 400 total receiving yards and was averaging an incredibly low 8.73 yards per catch.

In the six games since then, Miami has the right to feel justified in its wide receiver decision near the top of the draft.

Here's how the receivers compare statistically since Halloween:

Now, of course, I'm simply splitting the rookie wideout's seasons into two sections, and overall, Chase has been higher volume and more productive.

But, beyond eluding embarrassment for making the wrong decision on draft night, Waddle has accepted WR1 responsibilities in the Dolphins' quick-passing offense and flourished. For the development of Tua Tagovailoa, that's huge. Each week, Waddle appears to be the type of playmaker around which Miami can build its offense.

He scorched the Panthers in Week 12 at all three levels of the field for 137 yards on nine catches. He was then the consummate chain-mover in the nine-catch, 90-yard effort in the win over the Giants on Sunday.

In the same division, the Jets have been able to breathe a comparable sigh of relief to that of the rival Dolphins. They picked Elijah Moore, the sixth wideout off the board, with the second selection in Round 2, and through Week 7 of his rookie campaign, the former Ole Miss star had only nine catches for 79 yards. Woof.

Outsiders were wondering if New York had made back-to-back questionable picks at receiver in the second round (see: Denzel Mims, 2020).

But sparked by the fun and brief Mike White Mania, Moore has played like a genuine WR1 since Halloween, like his former SEC counterpart in Miami. After averaging under two catches and around 16 yards per contest to begin his NFL career, Moore has averaged 5.6 receptions, 74.8 yards, and .83 touchdowns per game. And that's been with ghastly quarterback play.

Because he was part of such a high-profile receiver draft class, Moore was largely overlooked -- as evidenced by him being the sixth player at his position off the board. That doesn't matter anymore. He has serious No. 1 receiver capabilities. Like Waddle, Moore can beat press off the line with lightning quick feet. He runs razor-sharp routes, is dynamic after the catch, and can absolutely fly.

Moore ran 4.35 in the 40-yard dash along with a blisteringly quickly 6.67 time in the three-cone 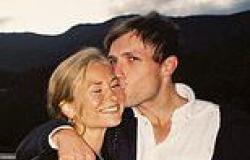