We've got an early Upset Alert brewing as the New England Patriots have gotten out to a surprisingly quick start despite kicking off as a 3-point underdog. After one quarter neither team has the game in the bag, but the Patriots lead 8-7 over the Buffalo Bills. New England has been riding high on the performance of RB Damien Harris, who has rushed for one TD and 76 yards on five carries.

Harris has led the way so far for New England, as he has rushed for one TD and 76 yards on five carries. That touchdown -- a 64-yard rush in the first quarter -- was one of the highlights of the contest.

New England and Buffalo came into this game with previous-game wins. The follow-up victory here is still up for grabs, so expect a hard fought finale.

The New England Patriots lost both of their matches to the Buffalo Bills last season on scores of 21-24 and 9-38, so they're hoping to turn the tables this season. New England and Buffalo will face off in an AFC East battle at 8:15 p.m. ET Monday at Highmark Stadium. Both teams have allowed few points on average (the Patriots 15.83, Buffalo 16.55), so any points scored will be well earned.

New England's matchup against the Tennessee Titans last week was close at halftime, but New England turned on the heat in the second half with 20 points. New England blew past Tennessee 36-13. New England's success was spearheaded by the efforts of QB Mac Jones, who passed for two TDs and 310 yards on 32 attempts, and WR Kendrick Bourne, who was on the other end of those TDs.

As for Buffalo, they have more to be thankful for after their game against the New Orleans Saints last Thursday. The Bills were the clear victors by a 31-6 margin over New Orleans. The contest was all but wrapped up at the end of the third, by which point Buffalo had established a 24 to nothing advantage. Their QB Josh Allen did his thing and passed for four TDs and 260 yards on 28 attempts in addition to picking up 43 yards on the ground.

The Patriots are expected to lose this next one by 3. They are currently six-for-six against the spread in their most recent games, however, a trend bettors might want to take into account.

Their wins bumped New England to 8-4 and the Bills to 7-4. Both New England and Buffalo have easy wins in recent memory. We'll see which one's ego takes a hit when they face off.

The Bills are a 3-point favorite against the Patriots, according to the latest NFL odds.

The oddsmakers had a good feel for the line for this one, as the game opened with the Bills as a 3.5-point favorite.

New England have won nine out of 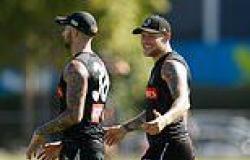 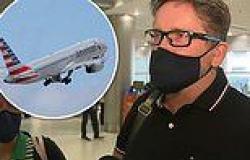