The Packers have been a consistent NFC powerhouse with Matt LaFleur and Aaron Rodgers running the show, knocking at the door of a third straight NFC Championship Game appearance after finishing with 13 wins for the third straight year. Rodgers, in particular, is poised to potentially take home a second straight MVP award, and ahead of Saturday's divisional round matchup with the 49ers, he's got two straight wins against San Francisco under his belt. The Niners have given him more trouble than most in big games, however, besting him in a pair of blowouts in 2019, including that year's NFC title game, in which the Packers trailed 27-0 at halftime. In total, Rodgers is 0-3 all time against San Francisco in playoff games.

Does history suggest the 49ers are in for another upset this weekend? We think not. Here are three reasons Rodgers and the Packers are poised to get right back to the NFC Championship Game:

1. San Francisco has a QB issue

In fact, they have several. That's a big deal in a road playoff game, in Lambeau, on a short week, against Rodgers. For one, starter Jimmy Garoppolo -- in peak physical form during the 49ers' NFC title-game win over Green Bay back in 2019 -- is battling a shoulder injury he says affects every throw. This is just the latest in a long list of ailments the injury-prone Garoppolo has endured this season, making an offense already quite dependent on run-first strategy even more one-dimensional. Jimmy G is an efficient "background" QB at his best (already a disadvantage vs. Rodgers), but he almost certainly won't be at full health, either.

The alternative is the 49ers pivot to rookie Trey Lance, who's gotten spot-starting experience in place of Garoppolo this year. What Lance brings in added juice as a ground threat, allowing Kyle Shanahan to double down on his running game, he offsets with an utter lack of proven experience as a passer -- let alone on the road in freezing Green Bay for a playoff start! Yes, he might help keep the Packers guessing for a while, but no matter how you slice it, the home team has the serious edge at the most important position.

What a year for A-Rod. He went from entertaining rumors about departing Green Bay to being a stunning Week 1 disappointment and, later, the subject of the NFL's biggest COVID controversy. And yet here he is, another 13 wins down, along with a likely second straight MVP honor, playing some of the best football of his Hall of Fame career. It's not an overstatement to say he's in peak form, right up there with the similarly ageless Tom Brady -- never more cool and confident with his arm and ability.

Brady may have the edge in playoff success, and guys like Patrick Mahomes and Josh Allen may offer or extend more big plays with their legs, but no one's throwing the ball quite as effortlessly, and with as much chemistry with the receivers on the other end, as Rodgers. His seamless connection with Davante Adams alone should have DeMeco Ryans and the 49ers' defense up at night until kickoff. Yes, he's yet to beat San Francisco in the postseason, but he's got all the tools to snap that streak this week.

3. The Packers are getting healthy at the right time

While San Francisco weighs the smart course of action at QB, where health might get in the way of results, the Packers are busy welcoming back at least a couple -- and maybe a long list -- of 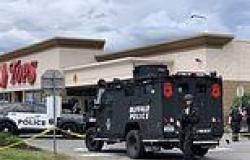