The NFL fined Dak Prescott $25,000 for his postgame comments related to the officials following the Dallas Cowboys' wild card playoff loss to the San Francisco 49ers this past Sunday, according to NFL Network.

Prescott commended Cowboys fans for throwing debris in the direction of the officials following Dallas' 23-17 loss that abruptly put an end to their promising 2021 season.

"I mean, if they weren't at us and the fans felt the same way as us, and if that's what they were doing it for, then yeah, I guess that's why the fans … I guess it's why the refs took off and got out of there so fast," Prescott said. "So, I mean, yeah, I think everybody is upset with the way that this thing played out. I'm sure a fan would feel the same way that we do."

Prescott waked those comments back in an apology he posted on social media later in the week.

"I hold the NFL officials in the highest regard and have always respected their professionalism and the difficult of the jobs," Prescott said in his statement. "The safety of everyone who attends a game or participates on the field of a sporting event is a very serious matter."

The play that drew the most ire from Cowboys fans was the final play Sunday's loss, when the Cowboys were unable to run one last play after the official spotted the ball after a run by Prescott. The game clock expired before Prescott could get off one last snap.

"[I was thinking] we've got a chance," Prescott said of his mindset on the final drive. "That's all I can ask for -- is to have the ball. Be down by six, have a chance to go win the game. ... The defense did a great job of giving us that opportunity. But just not being able to capitalize, I thought the last fourth down there, [was] close, almost a big play, but didn't go our way."

Instead of a win over their playoff rival, the Cowboys' season ended without a trip to the Super Bowl for the 27th consecutive season. The Cowboys' last Super Bowl win took place in 1996, when Dallas defeated the Steelers 27-17.

The loss took much of the shine of what was a largely successful season for the Cowboys and coach Mike McCarthy. After a 6-10 season in 2020, the Cowboys went 12-5 and won the NFC East crown behind an explosive offense and a dynamic defense that was led by rookie Micah Parsons and defensive back Trevon Diggs.

"It hurts more, it definitely hurts more," McCarthy said of the loss. "The longer you're in this league, the more you understand being in this position is very hard to accomplish. You think about what we went through as a football team, just we had a tremendous amount of change from last year. 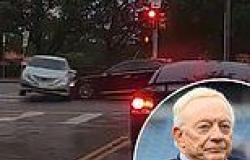 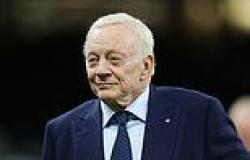 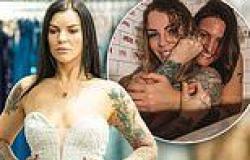