Green Bay Packers quarterback Aaron Rodgers has put up eye-popping numbers throughout his career, but that hasn't translated to much success in the postseason. Despite putting up Hall of Fame numbers during the regular season, Rodgers and the Packers have just one Super Bowl championship and lost four NFC Championship Games since winning Super Bowl XLV in 2010. Green Bay is hoping this year will be different as it looks to advance to yet another NFC Championship Game when the Packers face the sixth-seeded San Francisco 49ers in a 2022 NFL playoffs on Saturday. Which NFL player props should you target?

Caesars Sportsbook has set the total for Rodgers' touchdown passes at 2.5 (with the over paying +170) in the latest Packers vs. 49ers NFL props. That's one of many NFL prop picks for the divisional round of the 2022 NFL playoffs. Before locking in any NFL playoff props for 49ers vs. Packers, you need to check out the NFL picks and predictions from SportsLine's top NFL experts.

Alex Selesnick (aka PropStarz) is up almost 117 units on NFL props and futures plays over the past two seasons. Mike Barner is one of the most respected voices in the industry, whose work has appeared in Sports Illustrated and on many other prestigious platforms. Larry Hartstein is SportsLine's No. 1 NFL expert with a 60 percent hit rate in his last 117 picks. R.J. White has cashed huge twice in the world's most prestigious football handicapping competition, the Las Vegas SuperContest. Anyone who has followed these expert's picks has seen huge returns.

Now, after sifting through the huge number of available NFL playoffs prop bets, those experts have locked in their top plays for Packers vs. 49ers in the Divisional Round of the NFL playoffs 2022. They're only available over at SportsLine.

White is not confident that Elijah Mitchell will have more than 75.5 rushing yards (-115) against the Packers despite having easily surpassed that number in the three games he has played since returning from injury. Mitchell rushed for 96 yards and a touchdown in the NFC Wild Card win at Dallas and had 1,100 yards from scrimmage and six touchdowns during the regular season. But it may be the play of Green Bay's offense that dictates how many yards Mitchell will produce.

"This matchup doesn't line up well for the streak to continue," White told SportsLine. "The Packers are the biggest favorites of this round and likely to be playing from ahead, so the game script should work against Mitchell in the second half. That's typically been the case for Packers opponents, as the Green Bay defense sees the fourth-fewest amount of rush attempts despite being 30th in yards per rush allowed. Credit to Aaron Rodgers, who keeps opposing offenses off the field by delivering the highest average time of possession of any offense in the league." 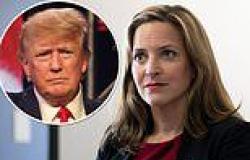 Friday 20 May 2022 06:52 PM Kris Jenner the mother of the bride poses up in Dolce & Gabbana leopard print trends now 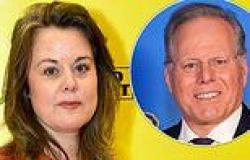