If you thought the Bengals would simply be happy with ending the franchise's three-plus-decade-long playoff drought, think again. Mere moments after winning his first playoff game, quarterback Joe Burrow said that Cincinnati's wild card win over the Raiders was "the standard for the bare minimum every year going forward."

Burrow and his teammates are now looking to post the franchise's first road playoff victory. To do that, they will have to defeat a Titans team that earned the AFC's top seed after going 12-5 during the regular season. Making the task tougher will be the expected return of running back Derrick Henry, who ran for 112 yards and a score when the two teams last met in Week 8 of the 2020 season.

We'll preview the game along with giving our prediction for Saturday's outcome. Here's how you can follow the action in real time.

When the Bengals have the ball

Burrow has familiarity with the Titans, as Cincinnati posted a 31-20 win over Tennessee in Week 8 of the 2020 season. In the win, Burrow threw for 249 yards and two touchdowns on 26 of 37 passing. He also was not sacked for just the third time in his 27 career starts. Burrow acknowledged this week that both teams have undergone changes since that game. The Titans added pass-rusher Bud Dupree in free agency, while Burrow's former college teammate, Kristian Fulton, has developed into a quality starter during his second year in Nashville.

The Titans boast a formidable pass rush, led by linebacker Harold Landry (12 sacks) and linemen Denico Autry (9 sacks) and Jeffery Simmons (8.5 sacks). While the secondary gave up the 25th most passing yards in the NFL, the unit is led by one of the league's best defensive backs in Kevin Byard, who tallied five interceptions and 13 passes defended during the regular season. The Titans' defense finished the regular season as one of the league's top units in both third-down and red-zone efficiency.

Tennessee's pass rush is surely a concern for a Bengals offensive line that allowed 51 sacks of Burrow in 16 regular-season games. When he's had time to throw, Burrow has enjoyed tremendous success getting the ball to wideouts Ja'Marr Chase, Tee Higgins, Tyler Boyd and tight end C.J. Uzomah. Burrow has also been aided by Pro Bowl running back Joe Mixon, who scored 16 total touchdowns during the regular season. The unit punted just once time in last week's 26-19 win over Las Vegas. It was held to just two field goals in the second half, however, as Burrow and the offense will need to capitalize more on their scoring opportunities on Saturday.

When the Titans have the ball

Tennessee's offense initially struggled after losing Henry in Week 8. The low point occurred when the unit turned the ball over four times in a 19-13 loss in Pittsburgh in Week 15. The offense regrouped after that with impressive outings in wins over the 49ers, Dolphins and Texans to close out the season. Along with not committing turnovers in those games, a big reason for the turnaround was the play of running backs D'Onta Foreman and Dontrell Hilliard. Look for both players to play a significant role in Saturday's game regardless of Henry's status.

The Titans' offense will be buoyed by the returns of Henry as well as receivers Julio Jones and A.J. Brown. The trio is expected to suit up on Saturday after missing a combined 20 games during the regular season. Jones and Brown will look to exploit a Bengals secondary that finished 26th in the NFL in passing yards allowed during the regular season.

Cincinnati's defense with hit with a big loss when defensive tackle Larry Ogunjobi was placed on injured reserve after sustaining a foot injury against the Raiders. Ogunjobi's spot will be filled by D.J. Reader, who recorded 50 tackles and 5.5 sacks during the regular season. The Bengals did receive good news in the form of Trey Hendrickson, as the Pro Bowl pass-rusher was cleared to play in Saturday's game after spending time in the league's concussion protocol.

An underrated part of the Bengals' defense is its linebacking corps, led by Logan Wilson (four interceptions) and Germaine Pratt (91 tackles, two forced tumbles and two fumble recoveries during the regular season). Cincinnati also possesses a hard-hitting secondary that includes safeties Jessie Bates III and Vonn Bell. The Titans' offense will have to be leery of cornerback Mike 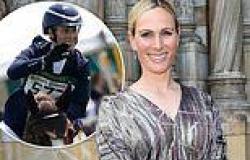