Cooper Kupp may not win league MVP, but he saved the Rams' season Sunday while helping them avoid joining the list of teams that gave up double-digit leads in the playoffs against Tom Brady-led teams. Kupp's receptions of 20 and 44 yards in the game's final minute set up Matt Gay's game-winning, 30-yard field goal at the buzzer to lift the Rams past the Buccaneers in an NFC divisional round playoff game.

Kupp's late-game theatrics were needed after the Rams saw their 27-3 lead evaporate after Leonard Fournette's 9-yard run tied the score with 42 seconds left. But the Rams avoided overtime -- and joining the 2016 Falcons in NFL postseason infamy -- by getting the ball in the hands of their best player with the season on the line. With the win, the Rams will try to become the first team in NFL history to play a conference championship and Super Bowl in their home stadium. Conversely, the Buccaneers became the 17th consecutive defending Super Bowl champion that was unable to successfully defend their title.

Let's take a look at how the Rams nearly blew a 24-point lead in Tampa.

After allowing a field goal to make it a 27-6 game, Kupp committed a rare fumble on the first play of the Rams' ensuing possession. Brady parlayed the turnover into a 30-yard scoring drive that was punctuated with Fournette's first touchdown of the day. The Buccaneers' key play on the drive was a 16-yard completion to Scott Miller on fourth-and-9 on the Rams' 29 yard-line.  Ahead 27-13 with 6:36 left, Matt Gay was short on a 47-yard field goal attempt. It was Gay's first-ever field goal miss in postseason play. Facing a second-and-7 on their own 45, Brady went deep to Mike Evans, who managed to beat Jalen Ramsey to make it a 27-20 game with 3:20 left.  Two plays after Evans' score, the Buccaneers got the ball back after Lavonte David recovered Cam Akers' fumble at the Rams' 30-yard line with 2:32 left. The fumble was forced by veteran Ndamukong Suh.  Fournette tied the score with his second rushing touchdown of the half with 42 seconds remaining. The 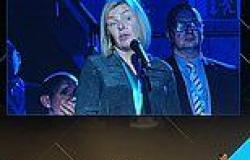 Wednesday 18 May 2022 07:10 PM Eva Longoria amps up the glamour for the Top Gun: Maverick screening at Cannes ... trends now 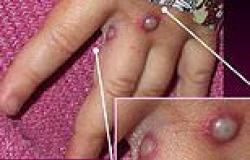