The road to the Super Bowl still runs through Kansas City, but it took a herculean effort by Patrick Mahomes and the Chiefs' offense to get past the Bills in Sunday's AFC divisional round playoff game. The Chiefs' 42-36 overtime win capped off a memorable weekend that saw all four games come down to the wire. The weekend's first three games were decided on last-second field goals, while the Chiefs needed a 49-yard field goal by Harrison Butker at the end of regulation before winning it in overtime.

Anyone who watched the Bills-Chiefs game quickly realized that they were witnessing an instant classic unfold in real time. The frantic and furious action in the game's final stages merits it a place on the all-time list of greatest playoff games in NFL history. Here's where the game officially stands where compared with the NFL's other all-time playoff games.

The criteria used when determining the list was as follows:

How competitive was the game from start to finish  Big plays on both sides of the ball Excitement/entertainment value  Unique factor; what made the game stand out from other great playoff games  The 12 greatest NFL playoff games  12. 1971 divisional round: Dolphins 27, Chiefs 24 (OT)

This game, played on Christmas Day, 1971, remains the longest game in NFL history at 82 minutes and 40 seconds. Miami won despite an all-time performance by Chiefs running back Ed Podolak, who amassed 350 total yards and two touchdowns. The Dolphins won the game in the second overtime on Garo Yepremian's 37-yard field goal that was set up by Larry Csonka's 29-yard run through an exhausted Chiefs defense.

"I lost like 18 pounds that day," Csonka said years later. "I lost so much weight that my pants were loose."

Sports Illustrated billed it as Super Bowl VIII 1/2, and the game certainly didn't disappoint. The game started with an 89-yard kickoff return for a touchdown by Dolphins' rookie Nat Moore. Down 19-14, Cliff Branch's 72-yard touchdown catch gave Oakland a slim fourth quarter lead. The two-time defending champion Dolphins countered with rookie Benny Malone's 23-yard score with just over two minutes left. With time running out, Raiders quarterback Ken Stabler moved his team to the Dolphins' 8-yard line before throwing in heavy traffic to running back Clarence Davis, who managed to pull Stabler's pass amidst a "Sea of Hands" from Dolphins defenders. The win was one of John Madden's greatest as the Raiders' coach, as it ended Miami's reign as NFL kingpin.

The closest Super Bowl ever, this game started with Whitney Houston's emotional rendition of the national anthem and ended with Scott Norwood missing a game-winning field goal attempt. Down 12-3 in the first half, the Giants got back in the game by controlling the ball for a Super Bowl record 40 minutes and 19 seconds. Despite barely having the ball, the Bills were in position to win the game with eight seconds left. Thurman Thomas ran roughshod over the Giants with 190 total yards in a losing effort. The Giants' received a gritty effort from backup quarterback Jeff Hostetler, who completed a series of critical third down throws to help the Giants win their second Super Bowl under Bill Parcells.

The first-ever overtime NFL game, the Colts' rode the dominant passing duo of quarterback Johnny Unitas and receiver Raymond Berry to an historic win inside Yankee Stadium. Unitas hit Berry 12 times for 178 yards and a touchdown while defeating a supremely talented Giants team, led by Frank Gifford and Sam Huff. The game played a major role in the NFL eventually surpassing baseball as America's premier sport.

This game had its dull moments, but it makes the list based on its thrilling ending. Down 20-7, the Cardinals took a late lead after Kurt Warner hit Larry Fitzgerald on a 64-yard touchdown with 2:37 left. Backed up on his own 12, Ben Roethlisberger engineered one of the greatest game-winning drives in NFL history that was capped off by his remarkable touchdown pass to Santonio Holmes, who caught the ball before scraping both of his feet inside the back of the end zone. The game also featured James Harrison's eye-popping, 100-yard interception return for a touchdown just before halftime.

In -13 degree weather, both teams braved the elements with a trip to Super Bowl II at stake. The Cowboys took their first lead when running back Dan Reeves hit Lance Rentzel on a 50-yard bomb in the fourth quarter. With a second consecutive NFL title at stake, Packers quarterback Bart Starr methodically drove Green Bay to the Cowboys' 1-yard-line with under 20 seconds left. WIth no timeouts left, Vince Lombardi decided to go for the win instead of a tie. Instead of giving the ball to his running back, Starr instead kept the ball while following Jerry Kramer across the goal line for one of the most dramatic scores in league history.

Dan Fouts and the "Charger Power" offense sprinted out to a 24-0 lead before Miami took a 38-31 lead on a series of crazy plays that included a hook and lateral for a score just before halftime. Trailing late in regulation, the Chargers tied the score when Fouts' overthrown pass for tight end Kellen Winslow was instead caught by running back James Brooks in the end zone. Winslow, who needed to be carried off the field at the game's conclusion, forced overtime when he blocked the Dolphins' game-winning field goal attempt at the end of regulation. His clutch catches in overtime set up Rolf Benirschke's 29-yard field goal.

The greatest upset win since the Jets' win over the Colts in Super Bowl III. The Giants spoiled the Patriots' dreams of an 19-0 season when Eli Manning hit Plaxico Burress for the game-winning score with 35 seconds left. The score was set up by Manning's insane completion to David Tyree, who famously caught the ball by using his helmet. The Giants' defense put constant pressure on Tom Brady, who threw just one touchdown pass after tossing 50 during the regular season.

This game had three lead changes in the final two minutes of regulation before Butker forced overtime after Mahomes moved the Chiefs' offense 44 yards in 10 seconds. Kansas City won the game when Mahomes hit Travis Kelce on an 8-yard score four minutes into overtime. The Chiefs survived a gallant effort by Bills quarterback Josh Allen, who threw four touchdown passes to Gabriel Davis that included the go-ahead score with 13 seconds left. Along with throwing for a combined seven touchdowns, Allen and Mahomes were also their team's leading rushers with 68 and 69 yards, respectively.

Ranked as the greatest Super Bowl of all-time by CBS Sports senior writer Will Brinson, the Patriots overcame a 10-point deficit on two Tom Brady touchdown passes. Seattle appeared to be on their way to a second straight title when Russell Wilson hit Jermaine Kearse on an incredible 33-yard completion. One yard away from the game-winning score, Seattle attempt a pass instead of giving ball to Marshawn Lynch. The decision backfired, as Wilson's pass was picked off by Malcolm

PREV sport news Adam Lallana claims Liverpool 'have turned into the Real Madrid of 2018' due to ... trends now
NEXT sport news Tottenham: Pierre-Emile Hojbjerg insists he wants to 'fight' for trophies at ... 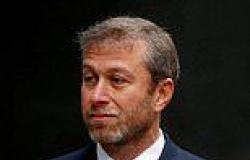