He may have AFL solidarity with the Chiefs, but former New York Jets quarterback Joe Namath is rooting for Kansas City's opponent to win Sunday's AFC Championship Game. Namath, who was nicknamed "Broadway" for his on-field poise and off-field showmanship, has a sweet spot for underdogs given his history as the quarterback who led the greatest upset in the history of professional football.

Namath also has an affinity for Bengals quarterback Joe Burrow, who is the same age (25) as Namath when he led the Jets to a shocking upset over the Baltimore Colts in Super Bowl III. Namath feels that Burrow and the Bengals can pull off a similar upset over the Chiefs, who are looking to become the fourth team in NFL history to appear in three consecutive Super Bowls.

"I know Cincinnati can win this game," Namath told Geoff Hobson of the Bengals' team website.

Namath is a big fan of Burrow, who over the past two weeks has quarterbacked the Bengals to their first playoff win in 33 years as well as the franchise's first-ever road playoff win.

"First of all, I liked his passing abilities," Namath says. "I liked his physical movement. He's smooth, you see. I couldn't tell he was as big as he is, 6-4. I just liked the way he moved around from one place to the other under control. He was very impressive at LSU and watching him grow at this early stage, man, it just tickles me."

Namath also likes Burrow's cool, unflappable demeanor that was on display during last Saturday's divisional round playoff win over the Titans. Despite being sacked nine times, Burrow managed to throw for 348 yards that included a key 19-yard completion to Ja'Marr Chase that set up Evan McPherson's game-winning field goal.

"Composed. Very collected. His focus is on the job," Namath said. "But that doesn't mean he can't get fired up and get in somebody's face, especially an opponent."

While having an elite quarterback like Burrow is critical to having success, Namath knows that it takes a team to win a championship. During the Jets' historic upset of the Colts, Namath's passing was complemented by running back Matt Snell, who ran for 121 yards and a touchdown. The Jets also recorded a dominant defensive performance that included five forced turnovers.

Burrow has similar support on both sides of the ball. He's aided in the backfield by running back Joe Mixon, who last Saturday scored the Bengals' only touchdown on a nifty 16-yard run. The Bengals' defense made several key plays that included a fourth-down stop of Titans running back Derrick Henry, a red zone interception by Mike

PREV sport news Mohamed Salah confirms he WILL be staying at Liverpool next season trends now
NEXT sport news Tottenham: Pierre-Emile Hojbjerg insists he wants to 'fight' for trophies at ... 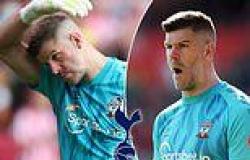 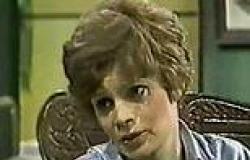