Breaking records is nothing new for Patrick Mahomes. The first quarterback to win league and Super Bowl MVP honors before his 25th birthday, the Chiefs' quarterback is aiming to become the fourth quarterback to start in three consecutive Super Bowls if Kansas City can defeat Cincinnati in Sunday's AFC Championship Game. In the process, Mahomes could break a 10-year-old record that is currently held by former Giants quarterback Eli Manning.

Mahomes is 438 yards from breaking Manning's single postseason passing record. Manning threw for 1,219 yards in four playoff games during the 2011 postseason. He capped off his record-setting postseason by throwing for 296 yards and a score in New York's 21-17 win over the Patriots in Super Bowl XLVI. Manning won his second Super Bowl MVP award while becoming the first quarterback to win four playoff games in multiple postseasons.

Mahomes would surely like to cap off the 2021 season by joining Manning as a multiple Super Bowl MVP. But he will first have to get through a Bengals defense that allowed just 35 points in their first two playoff games combined. Along with holding Derrick Henry to 62 yards on 20 carries, the Bengals' defense picked off Ryan Tannehill three times in last Saturday's 19-16 win in the divisional round.

While the Bengals' defense has enjoyed a stellar postseason, Mahomes has been just as good over the past two games. He threw for 404 yards and five touchdowns in Kansas City's wild card win over the Steelers. In Sunday night's 42-36 win over the Bills, Mahomes threw for 378 yards and three touchdowns that included the game-winning touchdown pass to Travis Kelce in overtime. The win moved Mahomes' playoff record to 8-2 that includes a 7-1 mark at Arrowhead Stadium.

Sunday's game will be a rematch of the Bengals' 34-31 win over the Chiefs back in Week 17. 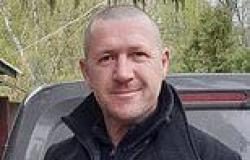