A thrilling win over the Buffalo Bills in the AFC divisional round put Kansas City back in the position to reach the Super Bowl. The Chiefs are looking to become the first team since the 2016-2018 New England Patriots to play in three consecutive Super Bowls -- and just the fourth team in NFL history to accomplish the feat. This run by the Chiefs is one of the most impressive in NFL history, one where Kansas City can continue to build its dynasty with a win on Sunday against the Cincinnati Bengals.

Why should fans root for the Chiefs to reach Super Bowl LVI? Here's a few reasons why you should pull for the franchise this Sunday:

1. Patrick Mahomes can add to his legendary start

Mahomes is en route to challenging all the postseason records for quarterbacks (and some of his own) thanks to the historic start to his career. The first quarterback in NFL history to start four conference championship games before turning 27, Mahomes has never had a full season as a starting quarterback in which he didn't reach the conference title game.

Mahomes is playing his best football when it matters most. He's becoming the next Brady before our very eyes.

Thanks for signing up! Keep an eye on your inbox.
Sorry! There was an error processing your subscription.
2. Andy Reid building case as one of greatest coaches ever

Reid has 19 postseason victories, tied with Don Shula for the third most in NFL history. Only Bill Belichick (31) and Tom Landry (20) have more playoff wins, which Reid can match with a victory Sunday. Reid has made nine conference championship games (only Belichick and Landry have more) and his seeking to become the ninth head coach to reach four Super Bowls.

With 252 combined victories in the regular season and postseason, Reid is fifth on the all-time list amongst head coaches. The four coaches above Reid have multiple NFL championships and Super Bowls, a list Reid can become a part of with another Super Bowl victory.

Reid continues to improve as a coach every year as he and Mahomes are building the league's next dynasty. A Super Bowl would put Reid in serious consideration as one of the top five head coaches ever.

Hill and Kelce have 2,048 combined receiving yards in the postseason (in games played together), the third most in NFL history behind Jerry Rice and Brent Jones (2,338) and Jerry Rice and John Taylor (2,297). Kelce's 96 catches and 11 receiving touchdowns are the fourth-most for any player in NFL playoff history, while his 1,196 receiving yards are the eighth-most in league history. His seven games with 100-plus receiving yards only trail Rice (eight) for the most all-time.

Both players are game changers for the Chiefs offense and are as crucial in the franchise's dominance as Mahomes and Reid. They're a big reason the Chiefs are a must-watch every Sunday.

4. Chiefs are unbelievably good at home in Reid-Mahomes era

What the Chiefs have been able to accomplish at Arrowhead Stadium over the last four years is incredible. Reid and Mahomes are 24-6 at home together, but that level goes up a notch in the postseason as Kansas City is 7-1 at home in the playoffs. The Chiefs average 36.5 points per game in the contests Mahomes starts in the playoffs, with the only loss coming in the 2018 AFC Championship Game -- where he did not touch the ball in an overtime loss against the New England Patriots.

Mahomes is incredible at Arrowhead Stadium in the playoffs. The Chiefs quarterback is responsible for 27 touchdowns (23 pass, four rush) with only one interception in eight home postseason games. The only game in which the Chiefs scored under 30 points at home in the playoffs was a game Mahomes left due to injury -- and the Chiefs still won.

Mahomes averages 318.8 passing yards per game with 23 touchdowns to just one interception at home in the playoffs. When Kansas City plays at Arrowhead Stadium in the Reid-Mahomes era, the Chiefs are very tough to beat.

The Chiefs were dominant in the postseason until they reached the Super Bowl last year, where they were embarrassed by the Tampa Bay Buccaneers as Patrick Mahomes was pressured 29 times -- the most ever by a quarterback in a Super Bowl since pressures first started being recorded in 2006.

Kansas City rebuilt its offensive line to protect its quarterback and avenge its Super Bowl loss, yet there was never a guarantee the Chiefs would reach the playoffs, and it actually looked iffy at one point this season. The Chiefs started the year at 3-4 and were in last place in the AFC West for the majority of the first half of the season. 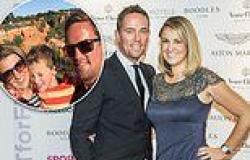