The Los Angeles Rams want to ensure that next Sunday's NFC Championship Game is indeed a home-field advantage. The Rams will play host to the 49ers in a rematch of San Francisco's 27-24 overtime win in Week 18 in front of a SoFi Stadium crowd that included plenty of 49ers fans.

Through Ticketmaster, the Rams informed ticket seekers that public sales for the NFC Championship Game will be restricted to residents of the Greater Los Angeles region, via The Mercury News. Residency will be based on credit card billing address at checkout.

However, 49ers fans have another way to get in and that's through StubHub.

"At StubHub, we strongly believe that access to events is important to fans everywhere. Geographical restrictions on fans are ineffective for the simple reason that fans of any team can live anywhere – especially a team like the Rams that has a nationwide fanbase. Fans deserve to have the flexibility they need to buy and sell anywhere, which is our entire focus as an open marketplace. As partners of the NFL, we've ensured that NFC Championship tickets bought and sold on StubHub, no matter what zip code the buyer is in, will be accepted," said Mike Silveira, spokesperson at StubHub.

The Titans tried a similar tactic with the hope of limiting the amount of Bengals fans inside Nissan Stadium for this past weekend's divisional round playoff game. Under the Titans' adjusted policy, tickets for this past Saturday's game could not be transferred to anyone who purchased them until 24 hours before kickoff. The tactic did not appear to work, however, as a slew of Bengals fans were on hand to celebrate their team's last-second victory in Nashville.

San Francisco swept Los Angeles during the regular season. The Rams had no answer for Deebo Samuel, who had eight touches for 133 yards and two touchdowns in the 49ers' 31-10 win over the Rams in Week 10. Samuel followed that effort up with 140 total yards and a score on 12 touches in San Francisco's playoff-clinching Week 18 win in Los Angeles. He was complemented in both games by running back Elijah Mitchell, who ran for a combined 176 yards on 48 carries. Quarterback Jimmy Garoppolo was steady in both games, while the 49ers' offensive line did not allow Aaron Donald to take down Garoppolo in either matchup.

The Rams are trying to become the first team to host a conference championship and Super Bowl in consecutive games. The 49ers are two wins away from joining the Patriots and Steelers as the only franchises with six Lombardi trophies. 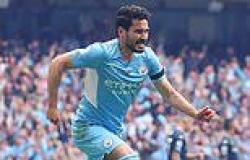 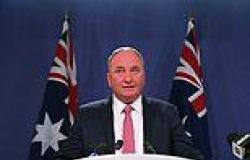