We are now 21 weeks into the 2021 NFL season, and all four teams remaining in the playoff bracket are dealing with bumps and bruises. With it being conference championship week, however, it's going to take a lot for any player to forgo suiting up!

One headline to come out of Wednesday's practice sessions is that San Francisco 49ers quarterback Jimmy Garoppolo is getting healthier. He was dealing with shoulder and thumb injuries, but it appears his sprained shoulder has healed, per NFL Media's Ian Rapoport.

Below, we will break down the mid-week injury reports for the upcoming AFC and NFC championship games.

All odds are courtesy of Caesars Sportsbook.

Pass-rusher Cam Sample was the lone Bengal who did not practice on Wednesday, as he sat out with a groin injury. Wide receiver Stanley Morgan (hamstring) and defensive tackle Josh Tupou (knee) were limited participants. Quarterback Joe Burrow (knee) and wide receiver Tee Higgins (thumb) were listed on the injury report as well, but both were full participants.

Tyrann Mathieu was the only Chief not to practice on Wednesday, as the safety remains in concussion protocol. His status is something to keep an eye on, but Chiefs head coach Andy Reid said that he's doing well and has a chance to suit up come Sunday, per NFL.com. Kansas City had several other notable names listed on the injury report such as running back Clyde Edwards-Helaire (shoulder), wide receiver Tyreek Hill (heel) and defensive tackle Chris Jones (groin), but all were listed as full participants.

49ers offensive tackle Trent Williams did not participate in practice Wednesday after sustaining an ankle injury during San Francisco's divisional playoff round victory over the Packers. And while there are questions regarding his status for Sunday, 49ers coach Kyle Shanahan is hopeful that Williams will be able to play in his first NFC Championship Game.

"In Trent's mind, there's no way he is not playing," Shanahan said. "That's why he was so crushed last game because he believed he would and his body wouldn't let him. So hopefully we'll have some better luck this game. But I know he believes he's playing and so do I, so we'll see how that pans out as the week goes. If he can, he will." 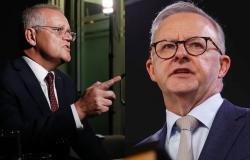