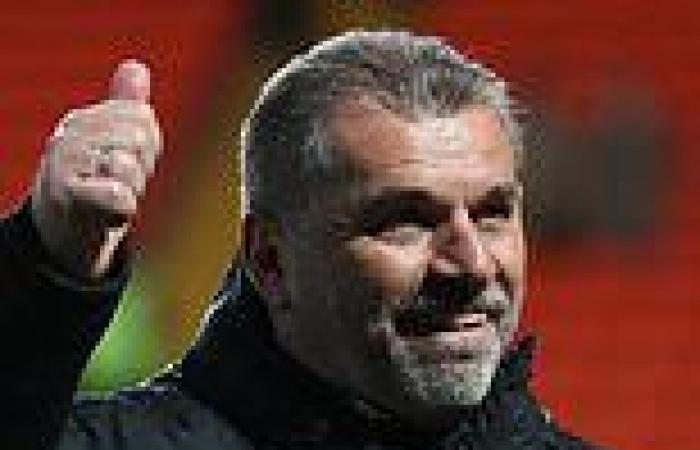 An emotional Ange Postecoglou admitted he was lost for words after sealing his first league title as Celtic manager.

Needing a single point against Dundee United a 1-1 draw at Tannadice secured the club's tenth Premiership success in eleven years.

Visibly drained by the relentless demands of his first season in Glasgow, the former Australia boss admitting to feeling 'overwhelmed' by the way his team recovered from three defeats in their opening six games to claim glory. 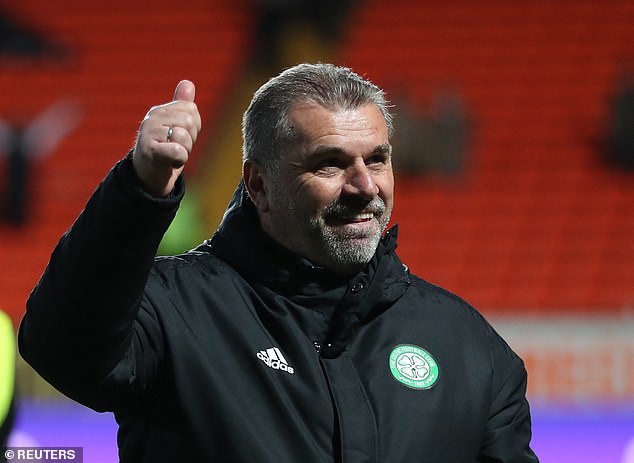 A point for Dundee United secured European football for the first time in 10 years after a wonder-strike from on-loan Dylan Levitt.

After taking the lead through a 15th goal of the season from Giorgos Giakoumakis early in the second half however, the night belonged to Celtic and their manager Postecoglou.

'Nobody gave us much of a chance,' he told Sky Sports after the game.

'To do what they've done and achieve the ultimate is an unbelievable effort. It's massive.

'The fans had a tough year last year, not just the fact we didn't win anything but they couldn't come support their team. I'm just proud of this group of players, they've been unbelievable this year.

'It's pretty special. For the first time this year, I'm lost for words.

'I've done about ten terrible interviews and this won't impress anyone either. It's fair to say it's taken every ounce of me.

'I've put everything into it because I knew how big a challenge it was. Now we've done it and the overriding emotion is one of relief and satisfaction and you feel drained because we've had to be really focused this year and not get distracted. 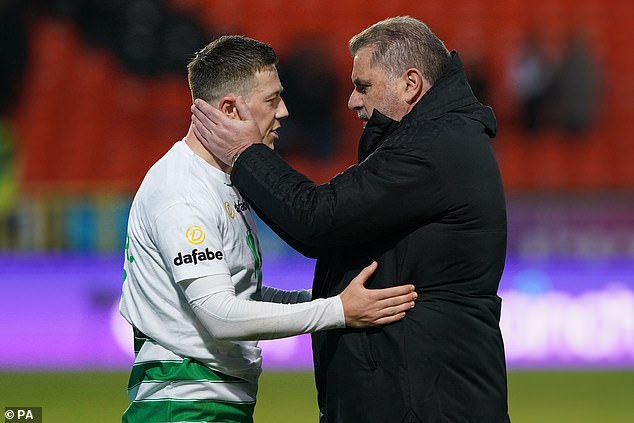 'Fair to say it's overwhelming – I'm just really proud of the players and staff. We started so far back in terms of starting point so to end up where we are is an unbelievable achievement.'

Fourteen months ago a goalless draw at Tannadice gift-wrapped the title to Rangers and sealed a trophyless season. Despite the doubts which accompanied his unheralded appointment Celtic will end the season with a League Cup and a League title to show for their efforts.

'The club had a difficult year without success. I knew this year would be a pretty important year. As