At least 10 people died after a racially-motivated mass shooting in a predominantly Black Buffalo, N.Y. neighborhood on Saturday and in the days since, the Buffalo Bills are doing their part to heal the community. The Buffalo Bills Foundation and NFL Foundation announced Wednesday they are donating a combined $400,000 to charities benefiting Buffalo's East Side community.

Half the donation will go toward the Buffalo Together Community Response Fund, a nonprofit with the mission of "connecting people, ideas and resources to improve life in Western New York." The other half will go to nonprofits supporting the "immediate needs" of Buffalo's East Side residents, including one that will deliver food to those who can't make it to a food distribution site.

"On behalf of the Buffalo Together Community Response Fund, we are most grateful for the generous contributions from the Buffalo Bills Foundation and the National Football League Foundation that will allow us to create real change and emerge from the darkness of this heinous act," Clotilde Perez-Bode Dedecker, president and CEO of the Community Foundation for Greater Buffalo, said in a statement. "This Fund is a partnership to build upon the collective desire to take action and to work together as a community to address immediate needs, long-term rebuilding and systemic issues that continue to marginalize communities of color."

In a statement, the Bills said "this is just the beginning" of their community efforts. They began fulfilling that promise immediately.

The Bills decided during a recent team meeting to visit the site of the tragic shooting. On Wednesday, around 80 members of the Bills organization made the trip, one that saw them distribute food, lay flowers on the 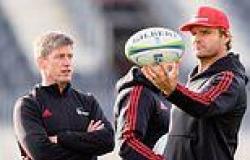 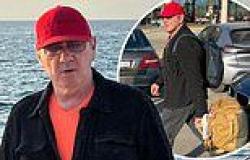