Early next week in Atlanta, the NFL is taking what I believe could be one of its most significant steps in recent years in improving the diversity hiring crisis at the club level.

More than 60 men of color and women from all 32 teams will be at the May NFL owners meetings for a two-day program designed to introduce potential future general managers and head coaches with NFL team owners.

The inaugural Coach and Front Office Accelerator program is significant because it shows that the NFL and its ownership group has listened to candidates of color who have long been asking for more face time with decision-makers. It will provide a somewhat relaxed setting that involves seminars, meet and greets and breakout groups designed to better prepare participants for the next step in their careers while exposing an almost-entirely white and male group to a diverse pool of candidates.

"One of the things that came up is we had amazing conversations with a lot of different people, especially at the combine. Again and again something that's really, really difficult as you're a candidate is meeting the actual owner for the first time as you're interviewing for a general manager or head coach," Jonathan Beane, the NFL's chief diversity and inclusion officer, told me by phone this week.

"We've gotten the feedback. We have listened and we hear that. At the end of the day, this is a relationship-driven industry and league. You hire who you know or hire who you've heard about. And if someone is not part of that network, it makes it difficult for them to be seriously considered for a position. How can we change that dynamic and ensure that those relationships are built?"

The NFL has adjusted, readjusted and then fine-tuned the Rooney Rule in recent years. Those efforts have not brought the success the league or its executives hoped for. In March, it required teams to hire a minority for an offensive assistant coach position that it monetarily subsidizes. And also this spring, the league empaneled a diversity advisory committee to help offer solutions on why a league that has a player pool that's nearly 70% Black has only seven Black GMs and six head coaches of color.

The well-meaning efforts have fallen well short in recent years. As we know, hiring decisions are up to the individual teams and its ownership. This program will do its best to connect these decision makers who have eschewed diversity at its highest ranks with a talented group of diverse candidates for those future openings.

These candidates — who range from assistant general managers to area scouts, from coordinators to assistant position coaches — will get to Atlanta Sunday for the meetings that begin Monday. Over the two days they will learn more about the business side of football while engaging with owners or ownership representation from all 32 teams.

"We have one piece that talks about people operations," Beane says. "…In my view we have three CEOs at the club: the president, GM and head coach. So for people who are coming from the football ops or coaching side, to be able to get the perspective of the business ops side and how you have to work together to be able to get that optimal environment in terms of performance for a club is really important."

Some feedback I've heard from participants of previous programs was that the content felt more first year of undergrad versus 500-level grad school. That shouldn't be the case this upcoming week.

But in texting with sources around the league in the past week, one fear for this program that was repeated to me was that the event could be too overwhelming to team owners. Basically, it's five dozen diverse people all trying to make an impression on an individual owner who… well… doesn't tend to find himself at such a work fair for minorities.

"What we want to ensure is that they will be engaging — based off the way that we've put the programming together — with a variety of different owners. And that's the way it's structured. So it's not loosey-goosey. We're making sure that we have that kind of connection with a variety of different participants and owners. And with that, we want to drive that lack of comfort. And we want to drive that newness of engagement."

Will it work? I don't know, but it's worth trying. It's unrealistic for participants to get something like a half-day of one-on-one time with a team owner. The situation may not be the most ideal in that you're competing for attention, but you're at least getting a shot with top decision-makers. 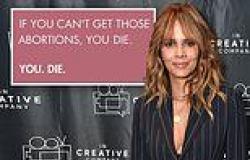