Joe Burrow says Browns had to take a chance on Deshaun Watson, believes Baker Mayfield will 'land on his feet'

It's been a whirlwind of a calendar year for Baker Mayfield. This time last offseason, he was coming off of a 2020 campaign where he helped lead the Browns to the playoffs and advance to the divisional round. Fast forward through the 2021 season, during which Cleveland went under .500 and was on the outside looking in on the playoffs, and Mayfield is now on the outs with the Browns after the team pulled off a blockbuster trade to land Deshaun Watson in a deal with the Houston Texans.

That acquisition of Watson effectively ended Mayfield's time with the Browns, despite him still being on the roster as the club looks to trade him to some other QB-needy team. What team that is, however, remains a mystery.

Wherever he ultimately ends up, Mayfield has a believer in Joe Burrow. The Bengals quarterback appeared on the " target="_blank"Full Send Podcast and explained how he understands the lure of acquiring a player of Watson's talent level from a Browns standpoint, but also relayed his faith that Mayfield will be able to bounce back as an upper-echelon signal-caller at his next stop.

"That's a tough situation. He was hurt all last year. Every time we play him, he balls," Burrow said of Mayfield, via NFL.com. "First time we played him -- Thursday night during Week 2 of my rookie year -- we lost like 34-30. The next time we played them, I throw for 400 yards. He goes like 25-for-28 with five touchdowns. He went on a two-minute drive, touchdown, they won the game."

"I think when you have a guy like Deshaun [Watson], you gotta take a chance at that because he's such a great player," Burrow continued. "But Baker will land on his feet. He's a really good player."

As Burrow noted, Mayfield played through injuries last season, which contributed to a dip in his stats. He was placed on injured reserve at the tail end of the season and underwent surgery to repair a torn labrum. At full strength, the former No. 1 overall pick in 2018 was able to put up solid numbers. Back in 2020, his first season under head coach Kevin Stefanski, he posted a career-best 95.9 passer rating and has 26 touchdowns to just eight interceptions (career-low). 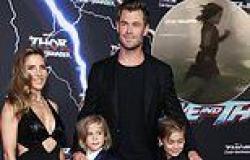 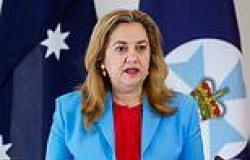