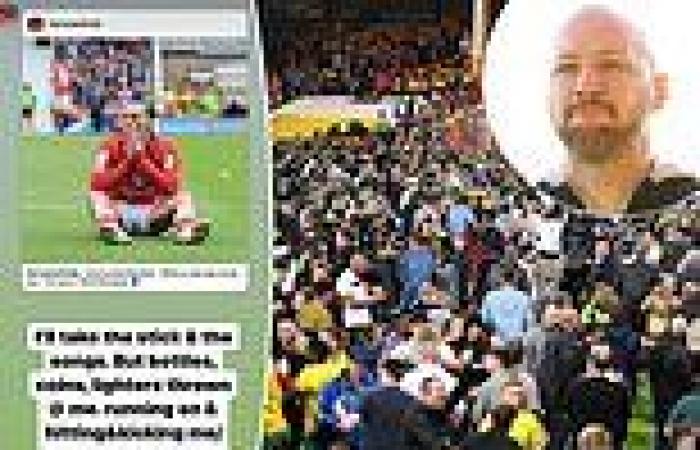 Swindon Town striker Harry McKirdy hit out at Port Vale's supporters as he claims they targeted him with bottles, lighters and coins before 'hitting and kicking' him and his team-mates during a post-match pitch invasion.

Darrell Clarke's Port Vale won 6-5 on penalties against Swindon to progress to the League Two play-off final and thousands of fans raced to get onto the pitch after the result was secured.

Writing on Instagram after a shootout defeat which left him 'f***ing gutted', McKirdy wrote: 'I'll take the stick & the songs. But bottles, coins, lighters thrown @ me, running on & hitting & kicking me/team-mates. Too far.

'Somethings got to happen @efl.'

Swindon boss Ben Garner echoed McKirdy as he called on football's authorities to ban every fan that went on to the pitch in an 'appalling' invasion.

Garner, who described it as a 'free-for-all' which left his players exposed to be abused 'physically and verbally', wants to see strong punishment doled out to every fan who went on the pitch. 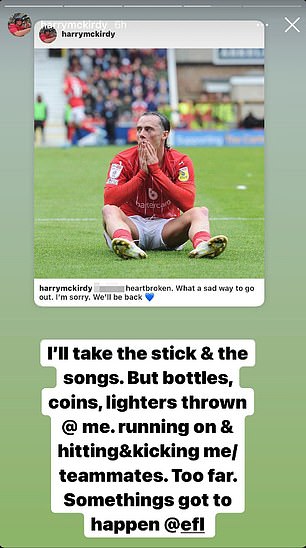 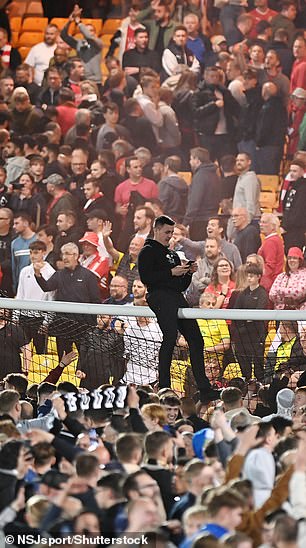 'We wouldn't put up with that in any other profession but it's become like a fashion in football,' Garner told reporters.

'It's just madness. For me, everyone who has gone onto the pitch, just ban them. They were told before and during the game, so ban them.

Port Vale fans raced on before Swindon's players had been safely escorted away from the pitch.

As a result, Vale fans became embroiled in an altercation with Swindon players on the pitch, with footage appearing to show punches being thrown during a melee that ensued.

Jack Payne, Ben Gladwin and Jake O'Brien looked to be three Swindon stars targeted by the fans, along with McKirdy, before security soon intervened to pull them away from the trouble.

'It was a free-for-all,' Garner added. 'I was abused, staff were abused, the players were abused, physically and

I Didn’t Learn About Black Fashion In My Textbooks fashion