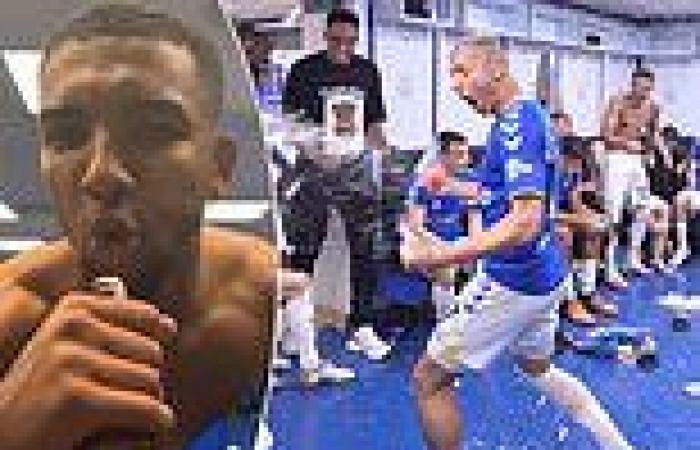 The party went from the pitch to the dressing room at Goodison Park on Thursday night after Everton's dramatic 3-2 fightback against Crystal Palace secured their Premier League status.

Palace surged into a 2-0 lead in the first half before an epic comeback was sparked by a Michael Keane goal, before Richarlison equalised and Dominic Calvert-Lewin got the winner five minutes from full-time.

After ecstatic Toffees fans invaded the pitch, Frank Lampard's men eventually headed back to the dressing room to carry the party on and toast another season in the Premier League.

Alex Iwobi's Snapchat caught some of the highlights. Ashley Cole, a first-team coach at Everton, was seen bursting into the dressing room and spraying a huge bottle of champagne over the players to get the party going.

Mason Holgate, meanwhile, will enjoy watching the next part of Iwobi's Snapchat back when he wakes up in the morning.

Iwobi recorded the hilarious footage of the defender signing to his team-mate, using his beer bottle as a microphone as he sang along to 'Beautiful Girls' by Sean Kingston. 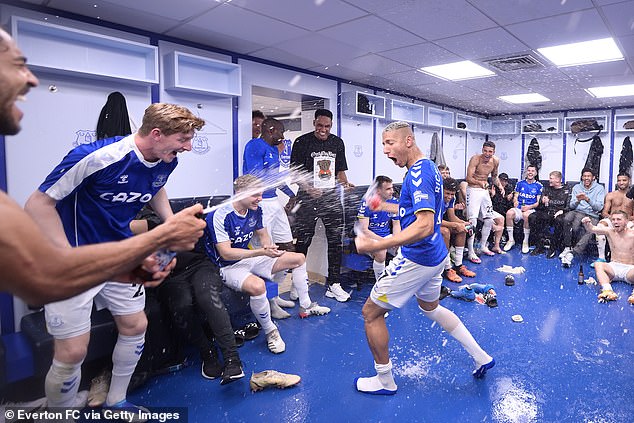 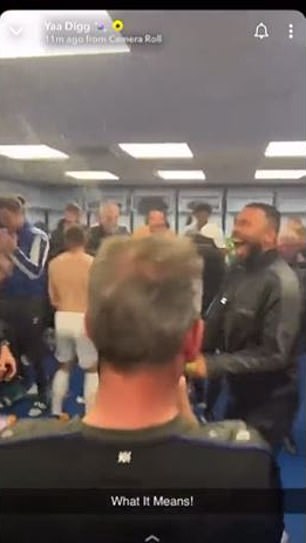 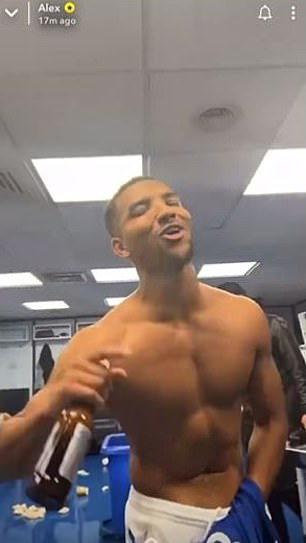 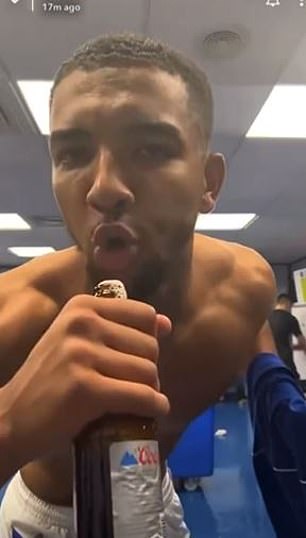 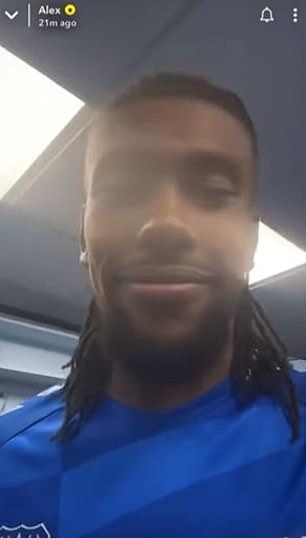 Holgate was filmed serenading Alex Iwobi, who didn't look too impressed by his team-mate's vocals (right) in a hilarious video shared on his Snapchat

The ex-Arsenal man Iwobi didn't look completely impressed by Holgate's vocals, however - at one point he flips the camera around onto himself and shakes his head disapprovingly.

Other pictures show star man Richarlison enjoying a beer in conversation with Lampard, while holding an ice pack against his right thigh. Fortunately for the Toffees, it is now no longer essential that the Brazil star is fit for Sunday's encounter against Champions League chasing Arsenal.

But any knock didn't hold Richarlison back from getting involved in the party. He was pictured having beer sprayed over him by a number of his 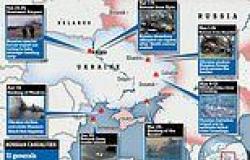