Last season, the New York Jets were a bottom of the barrel team, finishing the regular season with a 4-13 record. Their only wins came against the Tennessee Titans, Cincinnati Bengals, Houston Texans and Jacksonville Jaguars.

The Jets are not predicted to have a playoff caliber season in 2022, but the changes they have been make it very possible to at least get more than four wins. Maybe five? Caesars Sportsbook has set the Jets' over/under win total at 5.5.

I still see them being last in the AFC East, but they could put together enough wins and close losses to not be at the bottom of the league.

Here is a look at each opponent the Jets will face this season along with predictions for the game, and their opponents' over/under win total:

Last year, the Ravens did not have the best season, with injuries plaguing the team, but I expect them to snap back this season. Week 1 they should be the healthiest they've been in a long time and quarterback Lamar Jackson will start the season strong, with something to prove.

The Browns are a bit of a mess this season and who their quarterback will be in Week 1 is still unknown. Deshaun Watson is expected to be suspended for the start of the season for off the field reasons, after he was accused of sexual misconduct by 22 women. The Jets have a chance against the Browns, depending on how quickly Cleveland can sort out their QB issues. If the Jets are going to lock down an early season win, this could be it.

The Bengals are coming off their best season in a long time and quarterback Joe Burrow has proved he is the real deal. The Bengals are a major AFC threat and the Jets are, well, not a threat. The Jets defeated the Bengals last season, but history will not repeat itself.

The first weeks of the new-look Steelers will be telling. The team will have a new quarterback for the first time in well over a decade after veteran Ben Roethlisberger retired this offseason. If Kenny Pickett starts this season, this game would be only his fourth NFL game and the Jets could use this to their advantage. Still, despite uncertainty surrounding the Pittsburgh quarterback situation, I'm still giving this one to the black and gold.

The Jets have not defeated a divisional opponent in two years, the worst divisional record of any team in the last two seasons. This could be their year to finally get that AFC East victory. The Dolphins have added some key players such as Tyreek Hill, but I see Miami as a team that starts slow and ends strong. If I were to pick a surprise Jets victory of the year, it would be one against the 'Fins.

Two words: Aaron. Rodgers. Do I even need to say more? Throw in the fact that this game is in Green Bay and I don't give the Jets much of a chance. The Packers did lose some key players on offense, so if this was a more even matchup that could be a major factor, but Rodgers is going to do what he does best and the Jets will be walking off with a blowout loss.

The Broncos now have Russell Wilson at quarterback, giving them the best chance they've had in a while to win. Mile High is no easy place to play, so you add it all up and it equals another Jets loss.

Mac Jones had a solid season last year, and in Year 2 he should only improve. While there have been coaching changes in New England that could impact the offense, I do not see Bill Belichick's squad losing to this Jets team.

The Bills enter the season as one of the best teams not just in the AFC, but in the league, and I don't expect that to change by Week 9. Buffalo will not lose many games, and of the ones they will lose, none will be to the Jets.

The Jets are guaranteed not to add an L to their record in Week 10, which is a win for them.

The Jets will come to New England looking to even the series against Bill Belichick and company and could still be looking for their first divisional win in two years.

The league is not completely sold on quarterback Justin Fields, the offensive line isn't great, the offense in general is nothing to get too excited for with few weapons for Fields and they did not get anyone in the draft that will make enough of an impact. The Jets have to win some games right? This will be one of the more reachable wins on their schedule, and I am going to give it to the home team.

The Vikings are a team I go back and forth with a lot. They have their moments of being great, they have weapons in Dalvin Cook and Justin Jefferson, but they are not reliable at all. Even will all that factored in, the Vikings are clearly the better team here, even with the Jets offseason additions.

The Bills by this point will be playoff favorites and the Jets will be out of contention. Bills quarterback Josh Allen will be in MVP conversations and Jets quarterback Zach Wilson will not be in that same conversation. The Bills will sweep the Jets this year and they'll make it look easy, especially in front of their home crowd.

There is some hope for the Lions this year, despite going 3-13-1 last season. I think this will be an improved Detroit team, but I also am careful not to get too carried away with the team. I think this is a spot the Jets could put together back-to-back wins, something they were unable to do last season, starting at home against Detroit

This is another game the Jets could take. New York defeated the Jags last season, 26-21 and I expect them to do it again this year. If they can defeat the Lions and gain some momentum, they could finally win two in a row. 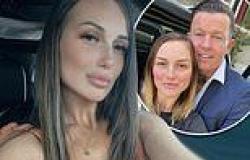