Former world champions clash on Saturday night when David Benavidez takes on David Lemieux with the interim WBC super middleweight championship on the line. The action from Gila River Arena in Glendale, Arizona and airs live on Showtime starting at 10 p.m. ET.

The winner of the fight also becomes one of several mandatory challengers for Saul "Canelo" Alvarez, putting another potentially huge prize on the table.

Benavidez (25-0, 22 KO) has proven repeatedly that he is one of boxing's brightest talents but his own missteps have set him back from bigger things in the past. He has twice lost the WBC super middleweight championship, once after testing positive for cocaine and once for missing weight. Had Benavidez not been stripped for missing weight, he'd almost certainly have already met Alvarez in the ring on the Mexican superstar's quest to unify all four world titles at 168 pounds.

With his size, power, toughness and high-volume output that includes a hammer of a jab, Benavidez will enter the ring a substantial favorite at -2000.

Lemieux (43-4, 36 KO) was a monster puncher at middleweight, scoring a knockout of notably durable Gabriel Rosado in 2014 before winning the IBF middleweight world title with a decision over Hassan N'Dam N'Jikam that saw N'Jikam hit the canvas four times.

The reward for Lemieux's world title victory was a bout with the most feared man in the sport at the time, Gennadiy Golovkin. Things would play out poorly, however, as he was dominated before a stoppage in the eighth round. After continuing to campaign at middleweight, including a loss to Billy Joe Saunders in a WBO world title fight, Lemieux moved up to 168 pounds in December 2019.

Now, with a three-fight winning stream at super middleweight, Lemieux will look to knock off one of the division's best fighters and line up a potentially huge fight in his next outing. 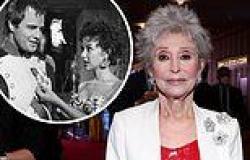 Saints fight to rediscover synergy and revive their season mogaznewsen

Sunday 26 June 2022 08:30 AM Christine Quinn sizzles in a strapless LBD as she strolls along Miami waterfront trends now 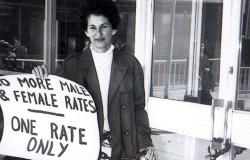