Los Angeles Rams wide receiver Allen Robinson will play for the third franchise of his career, but is optimistic that this will be the best situation for him thus far. The one-time Pro Bowler has spent time with the Jacksonville Jaguars and Chicago Bears, going through three head coaches with the two teams and says Rams head coach Sean McVay will allow his game to thrive.

"Coach [Sean] McVay and the offense that he's put together and offense that these guys run, it's been a top offense in the league for a reason. I truly believe that it'll bring the best out of me, and I'll be able to display all the elements of my game,"

Robinson says McVay's coaching approach is beneficial for the team.

"It's his coaching style that truly allows players to play freely and then we just correct off of that," he said. "So whenever I step onto the field, I'm able to be myself. And if I do mess up something or am wrong here, he'll correct me and we'll just keep it pushing. Every time I step on the field, I feel like I can be and play at my best self."

He continued, adding that the team makes corrections as it practices, but that McVay allows the players to play their game.

PREV ‘Our team can do their job better’: One change as Slater shows faith in Qld mogaznewsen
NEXT ‘Won’t stop believing’: Beveridge backing Bulldogs on hard road ahead mogaznewsen 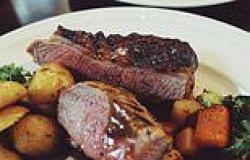 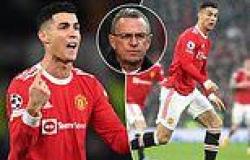