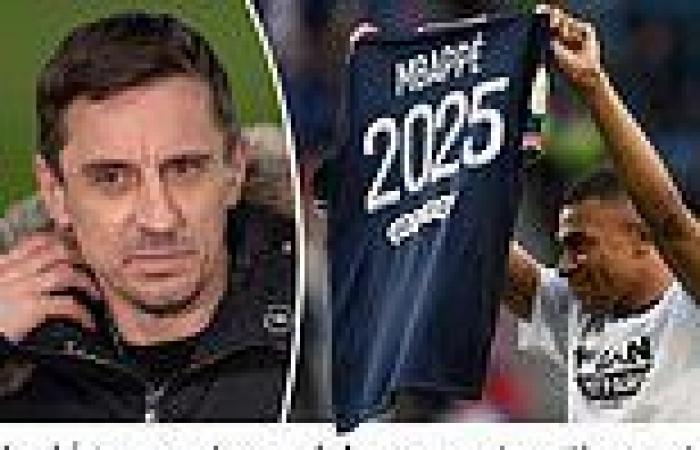 Gary Neville has hit out at LaLiga following their complaints to UEFA over Kylian Mbappe's decision to remain with Paris Saint-Germain, telling the Spanish top flight chiefs to 'do one'.

The France striker stunned Real Madrid on Saturday after announcing he would sign a three-year deal to remain at the Parc des Princes having flirted with a move to the Spanish champions.

Madrid have long pursed Mbappe, even seeing multiple bids including one for £154m turned down by the French title winners a year ago, and had looked to capitalise on landing him on a free transfer at the end of the season when his initial deal with PSG was due to expire. 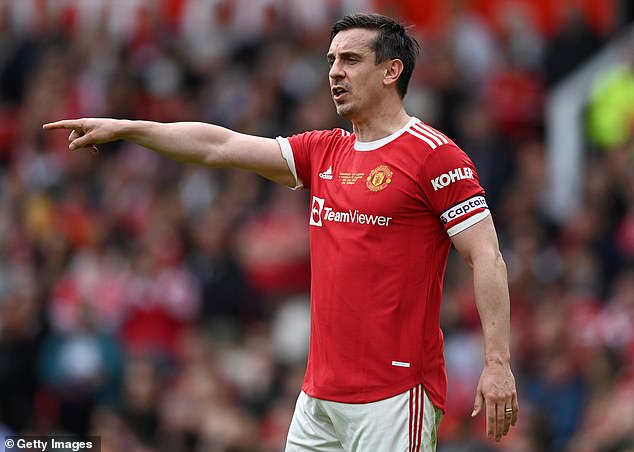 Gary Neville, pictured in a legends match for Manchester United against Liverpool on Saturday at Old Trafford, has hit out at LaLiga after Kylian Mbappe snubbed Real Madrid to stay at PSG

However, Mbappe shocked many by staying on in Ligue 1 leading to LaLiga writing an extraordinary statement to UEFA with an intent to report the Parisian outfit to UEFA as well as French authorities.

Upon hearing of LaLiga's surprise response, Neville took to Twitter to slam the Spanish top flight, saying: 'La Liga can do one! As corrupt as the rest' before including a thumbs up emoji. Sportsmail have contacted LaLiga for comment.

Neville's only previous direct experience of working in LaLiga came during a miserable run as Valencia manager in a 28-game spell during the 2015-16 season. 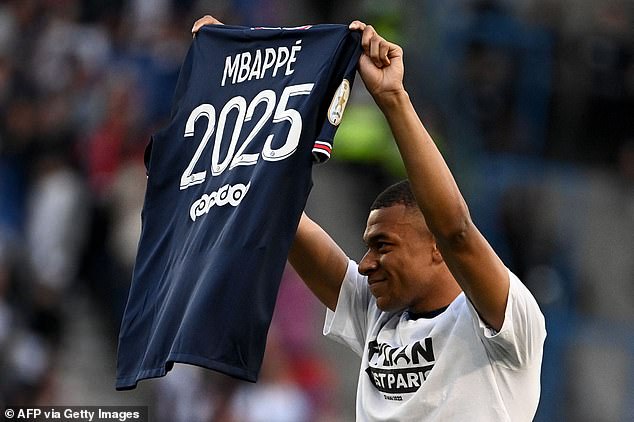 To celebrate his new deal, Mbappe then went and scored a hat-trick as PSG run riot to win 5-0 at home to Metz in their final game of the season to end the campaign with 28 goals.

Mbappe revealed his joy at signing his new £34m per year deal at PSG.

'I would like to announce that I have chosen to extend my contract at Paris Saint-Germain, and of course I am delighted,' Mbappe said. 'I am convinced that here I can continue to grow at a club that provides everything necessary to perform at the highest level. 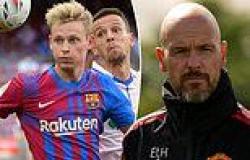 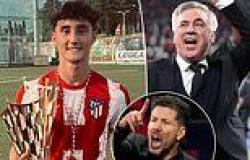 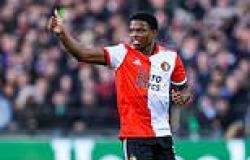 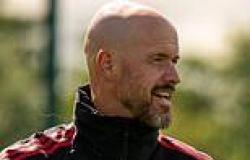 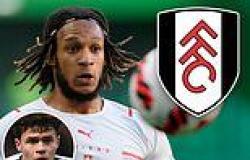