It appears that Saul "Canelo" Alvarez is going to settle things with his greatest rival before rematching Dmitry Bivol. Alvarez announced on Tuesday that he will to honor his previous agreement to rematch Gennadiy Golovkin in a September trilogy bout before attempting to avenge his recent loss to Bivol.

Alvarez will battle Golovkin on Sept. 17 at a location and venue to be determined. The bout is expected to be for Alvarez's four world titles at super middleweight. It will air live on DAZN PPV.

Earlier in the year, Alvarez signed a two-fight deal with DAZN, with the first fight against Bivol for the WBA light heavyweight title and the second a third meeting with Golovkin. After Bivol upset Alvarez on May 7, turning in a stellar performance in outboxing the man who entered the fight as boxing's pound-for-pound king, it appeared Alvarez would choose to rematch Bivol rather than take on Golovkin.

However, Alvarez stated the fight with Golovkin would take place first while speaking at his golf invitational on Monday.

"We already had that contract [with Golovkin], that agreement, so we have to continue what we started, and I think those are the two biggest fights in boxing, the fight with Golovkin and the rematch with Bivol," Alvarez said at a press conference, which took place on Monday to promote a business venture, according to ESPN Deportes. "Unfortunately, we lost, but that doesn't mean I'm not going to try again.

Alvarez's previous two fights with Golovkin both ended in controversy. Their first meeting in September 2017 was a close fight that many felt Golovkin had done enough to win. Golovkin was given one scorecard 115-113, another was a 114-114 draw, and somehow, Alvarez was awarded the third on a wide 118-110 card that in no way reflected the reality of the fight.

After the split draw, the pair rematched the following September. Again, the fight was very competitive, and again, many observers felt that Golovkin had done enough

Robert Griffin III: Browns should apologize to Baker Mayfield, ask him to start at QB if Watson is suspended 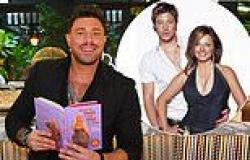 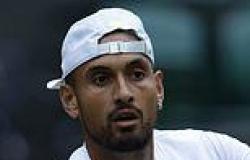