The reigning Heisman winner is about to be in a dogfight.

Alabama quarterback Bryce Young was anointed even before he threw a pass for the Crimson Tide and earned over $1 million in NIL deals as a redshirt freshman. He met the hype with 47 passing touchdowns to just seven interceptions in a dazzling debut season.

But Young is not an untouchable Trevor Lawrenceian prospect all but officially locked in to being the first quarterback off the board in the 2023 NFL Draft. Nope. He'll have relentless competition for that prestigious distinction from Ohio State's C.J. Stroud, Kentucky's Will Levis, Miami's Tyler Van Dyke, Florida's Anthony Richardson, NC State's Devin Leary, and the always-lingering unknown prospect (or two) bound to ascend boards this fall.

Young in the thick of the battle to be the first quarterback in next year's draft begs the rather challenging question -- what does he need to do to solidify his standing as the best quarterback in what, on the surface, appears to be a loaded draft class of passers? Here are three things:

Prove he can withstand losing top talent around him

Mac Jones and Tua Tagovailoa declared for the draft before their eventual early-round wide receivers moved on to the NFL. Young won't be so fortunate. Of Young's passing yardage, 2,673 came after the catch in 2021, second only to Bailey Zappe. That figure amounted to nearly 55% of Young's yardage total. Gone are Jameson Williams and John Metchie.

Of course, Alabama reloads like no other program and, of late, has become, among all else, a wide receiver factory.

It'd be wrong to characterize Young's 2021 campaign as one in which he was carried by the likes of Williams, Metchie, and Brian Robinson out of the backfield, but now with Young an experienced leader of the program, many analysts -- including myself -- will be focused on the level at which he elevates those around him.

Before you feel too bad for Young, he'll be throwing to former five-star recruit Ja'Corey Brooks, the No. 2 wideout in the country in the recruiting class of 2021, Jermaine Burton, a four-star transfer from Georgia, and JoJo Earle, the No. 6-ranked receiver in the 2021 class. The rest of the depth chart features an embarrassment of four-star riches at receiver.

Tight end Cameron Latu is on the draft radar too, and, as guaranteed as death and taxes, the Crimson Tide are overflowing with talent at the running back position. While the offensive front doesn't have an Evan Neal, Jedrick Wills, or Alex Leatherwood type prospect now, don't be surprised when at least one of the Alabama blockers is widely regarded as a first or second round pick by season's end. Nick Saban's club has had at least one blocker picked in Round 1 or Round 2 in five of the last six drafts.

Young elevating those around him isn't tangible or something we'll be able to point to while watching film. If he does it, we'll know it when we see it, and that phenomenon is vital for quarterbacks at all levels, especially the highest ones.

To maximize his effectiveness as a quarterback both in college and once he enters the NFL, Young needs to spend the 2022 season trying to strike the perfect balance between standing stoically in the pocket to survey his progressions and creating with his legs.

The off-structure plays have boomed in the NFL over the past five seasons and are now the most clear-cut way the elite quarterbacks have distinguished themselves from even the good and great passers.

While Young isn't Kyler Murray as a runner, he's sudden. He bounces around inside the pocket, changing directions in a flash to sneak through a crease in the line. He'll pass every NFL team's threshold as an athlete but at his smaller size, he won't be a quarterback his offensive coordinator will want taking continual punishment in the open field. While fast, he's not special enough of a burner to run away from the vast majority of professional defenders.

Paradoxically, Young can be noticeably patient, with quiet footwork inside the pocket, the most time-tested way to succeed as a passer in the NFL. At times, he'll even accept a giant hit from an inside rusher or blitzer if it means a passing window has opened through which he can fire the football.

As analyst, I don't want Young to completely remove either element from his game. En route to getting sacked 35 times in 2021 -- a rather high number for a quarterback as efficient as he was -- Young didn't demonstrate the best "feel" for given situations. At times, when it felt like sliding up and to the left was the correct decision, he'd spin out of the pocket altogether and take a hit. Or, when the pocket was collapsing around him, he'd stand tall instead of vacating, and get sacked.

It's delicate, the balance between patience and ad-libbing at the quarterback position today. But if Young finds it, he'll be well on his way.

Most specifically with Young, his deep-ball accuracy must improve. He completed 37.8% of his passes thrown 20 or more yards down the field last season. Levis was at 43.5%. Stroud's completion rate on deep balls was 51.6%. Arkansas' KJ Jefferson has 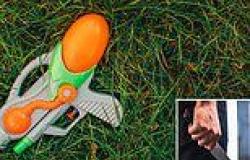 Go east: Kiwi league fans to benefit from NRL being locked out of grounds mogaznewsen

sport news Star Olympian swimmer James Magnussen is GLAD he missed out on gold at the 2012 ... trends now 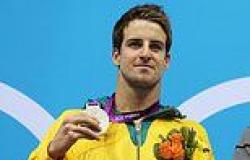 sport news Star Olympian swimmer James Magnussen is GLAD he missed out on gold at the 2012 ... trends now