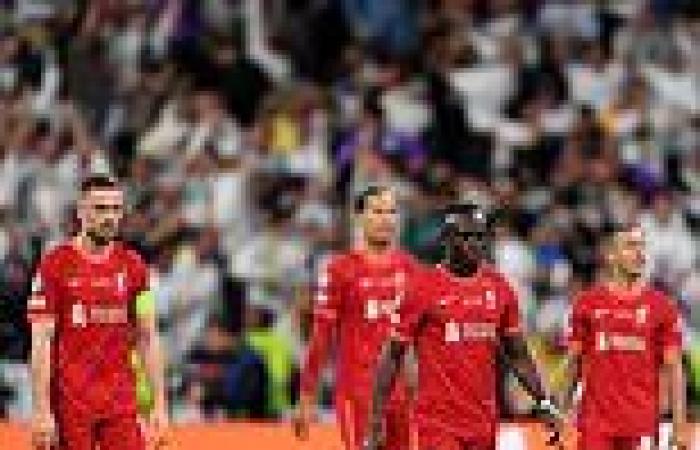 Only ONE Real Madrid outfield player is rated above six out of 10 by L'Equipe after Champions League win, while Luis Diaz is given a THREE after failing to make an impact for Liverpool Only the Real Madrid goalkeeper was awarded above a seven on a cagey night Vinicius Junior's second half proved the difference as Real Madrid won their 14th Mohamed Salah was rated highly on a night when Thibaut Courtois appeared invincible in the Real Madrid goal  Both midfield's were scored poorly as both struggled to take control

French publication L'Equipe have published their player ratings for Saturday night's Champions League final with some of the scores making grim reading for a few players.

Real Madrid beat Liverpool 1-0 in the European season's showpiece event thanks to a second half goal from Vinicius Junior.

Liverpool had looked the likelier of the two sides up to that point and thereafter continued to test Real Madrid but Thibaut Courtois pulled off some astonishing saves to ensure Los Blancos won their 14th Champions League crown. 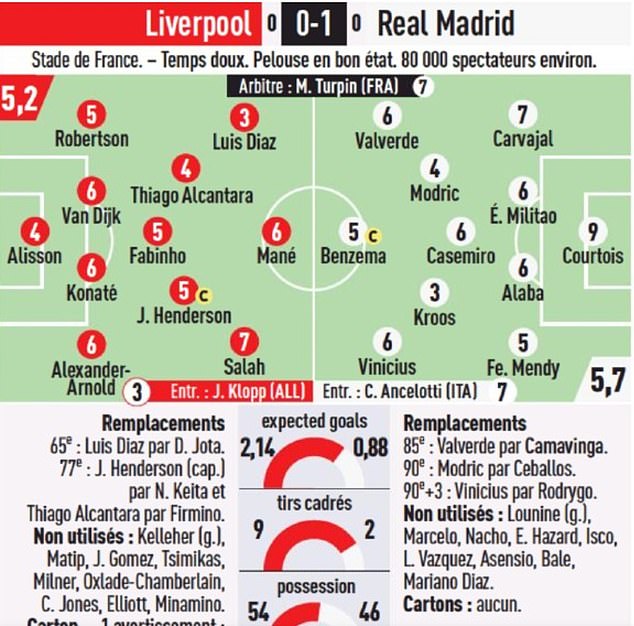 Perhaps indicative of Real Madrid's debt of gratitude to their goalkeeper, L'Equipe ranked the Belgian as only one of two players in white to be worthy of a rating above a six.

Courtois was awarded a nine thanks to his performance in goal that saw notable saves from Sadio Mane and Mohamed Salah at either end of the game. By contrast, his opposite number Alisson was only awarded a four.

Dani Carvajal, who kept the dangerous Luis Diaz quiet all night leading to the Colombian being awarded a three out of 10, was the other Real Madrid player to be rated above a six. He was thought to have put in a seven out of 10 performance. 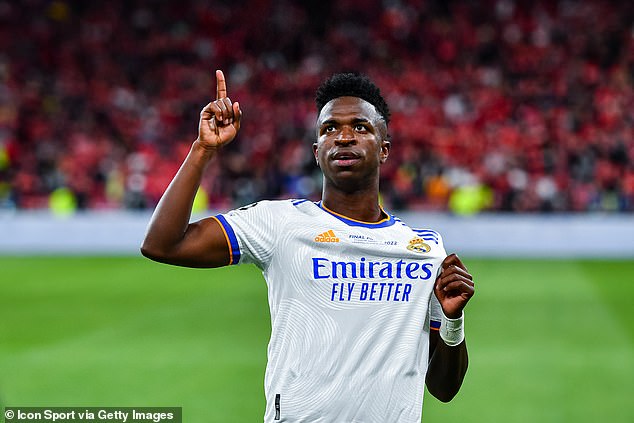 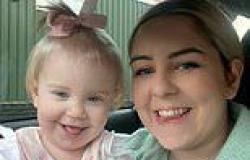 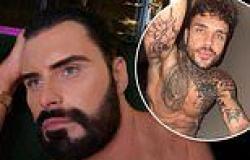