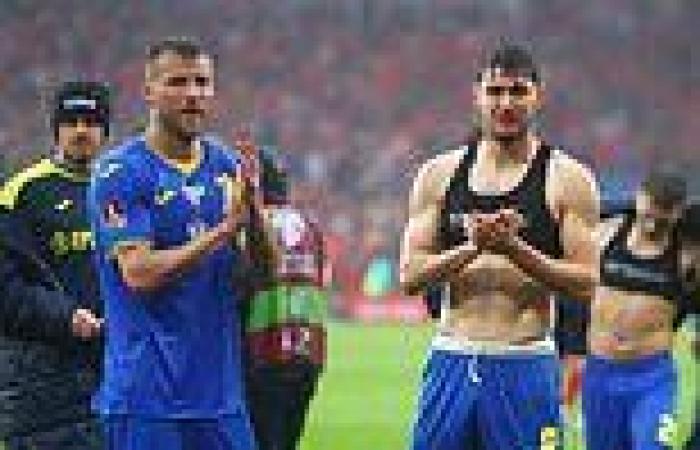 Roman Yaremchuk bursts into tears as Ukraine players share an emotional moment with their fans on the pitch after their World Cup hopes were ended by Wales... three months after their country's invasion by Russia Ukraine were beaten by Wales in their World Cup play-off final on Sunday The defeat came just three months after their country was invaded by Russia Ukraine's fans stood to applaud their fans at the final whistle despite the loss Ukraine players thanked their fans, with Roman Yaremchuk bursting into tears

Ukraine striker Roman Yaremchuk was unable to hold back the tears as he thanked his country's fans after their World Cup dream was brought to an end on Sunday in Wales.

Despite creating numerous chances, Ukraine did not manage to find a way past Wayne Hennessey, and they were made to pay for their lack of a cutting edge as Andriy Yarmolenko's own goal handed Wales a place in Qatar.

Around 2,000 Ukraine fans travelled to Cardiff to take in the action, and they all rose to applaud their team at the final whistle. 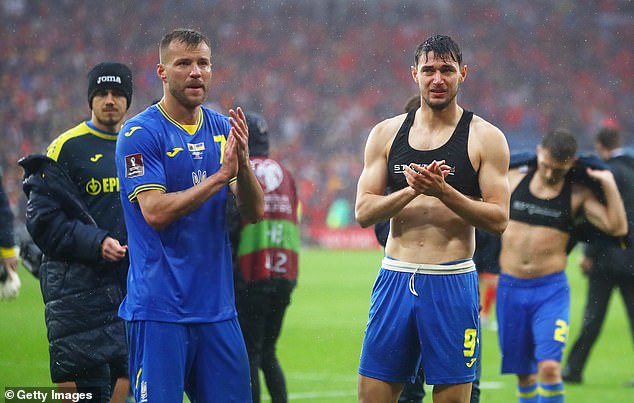 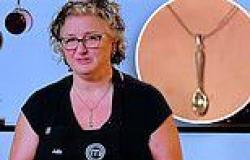 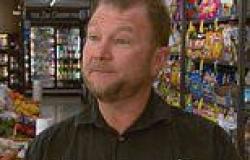 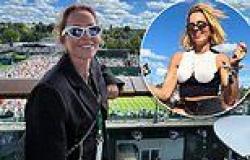