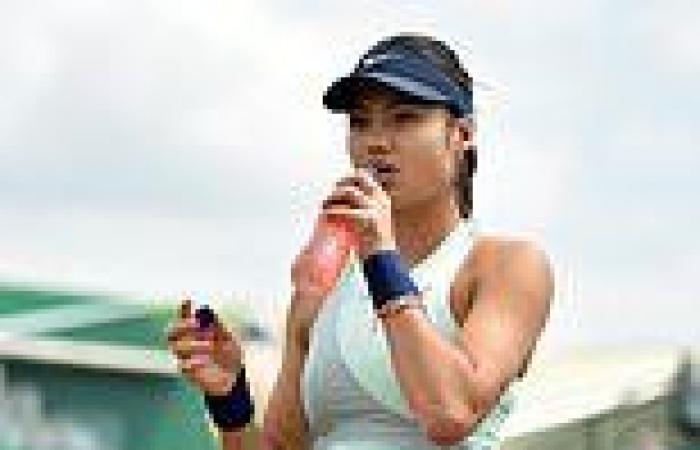 It is in one of those slick promotional films that are intended to show the sky's the limit that Emma Raducanu provides a hint of the struggle she contends with, one week out from Wimbledon.

The four-minute Nike micro-documentary with her belongs to a series entitled 'What are you working on?' and she must be the only participant who actually takes the opportunity to talk herself down. 'After the US Open, everyone expected me to win every tournament I was ever going to play again,' she relates. 'It's a bit unrealistic because perfection just doesn't exist. I'm working on letting go.'

The film takes her back to her raw, unreconstructed roots in suburban Bromley, south-east London, and the Canada Heights motocross dirt track where she raced bikes as a nine-year-old. 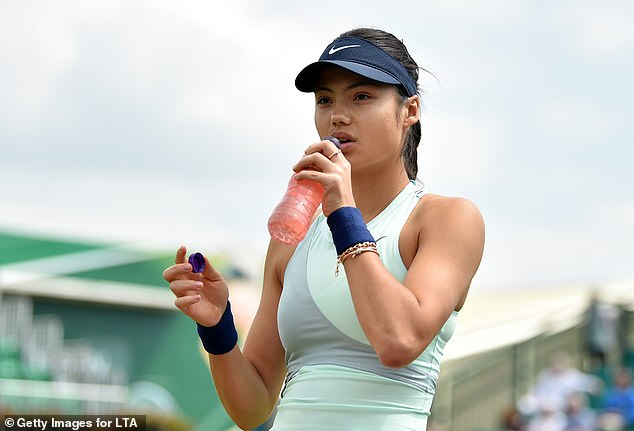 But it's hopeless. Everything, from the clothes she wears, to the immaculate interior of the car she drives and the relentless close-ups of her, present a highly choreographed picture of polished perfection. And perfection is poisonous in these times.

The hate, spite and vitriol which emanate from the darker recesses of social media are often tinged with envy, which is why so many seem to have formed a negative view of the teenager who delivered a story for the ages at the US Open, just nine months ago.

The repositories which give rise to abuse, much of it anonymous, have multiple sources of jealousy to feed off. This 19-year-old is successful, personable, articulate and attractive. She commands three languages and speaks estuary English. She brings a contemporary ethnicity through her Chinese mother, Renee. And she has wealth.

Since Flushing Meadows, she has been signed up to seven lucrative commercial deals, including Evian, British Airways, Dior, Tiffany & Co, Porsche and, last week, HSBC. The estimated value of all this £10 million, more than five times her US Open earnings. 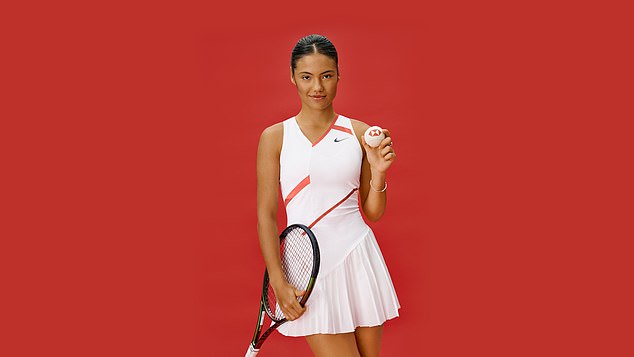 August 2021: Wins the US Open without dropping a set, making her the first qualifier to do so in the Open era.

September 2021: Cuts ties with Richardson. Loses in first round at Indian Wells.

October 2021: Wins first WTA tour match at the Transylvania Open before losing in the quarter-finals.

November 2021: Appoints Torben Beltz as coach, a German who worked with Angelique Kerber.

January 2022: Loses in second round of Australian Open, citing a blister on her racket hand.

February 2022: Climbs to career-high ranking of 12. Retires in first round of the Abierto Zapopan tournament with a leg injury.

March 2022: Makes her playing debut for Britain at the Billie Jean King Cup qualifiers. Wins one match and loses another in defeat by the Czech Republic.

April 2022: Reaches her first quarter-final at a WTA 500 level event, losing to world No1 Iga Swiatek at the Stuttgart Open. Splits with Beltz.

May 2022: Retires in first round of Indian Open with a back injury. Makes French Open debut, losing in second round. John McEnroe takes issue with her ‘revolving door’ of coaches.

June 2022: Retires in first round of Nottingham Open with a suspected pulled muscle. Later dismisses fears that she will be unfit for Wimbledon.

The deals have elicited veiled criticism from some within tennis, who feel she should be concentrating on sport and banking her success later. These authorities perhaps consider themselves vindicated by Raducanu's struggle for success and fitness, failing to win three successive matches since her US Open triumph and labouring with a string of injuries which leave this week's Hurlingham Club exhibition event as her only possible warm-up for Wimbledon. Her participation in SW19 is not guaranteed.

The unpredictability of life in elite tennis makes it hard to sustain an argument that she should have turned these blue-chip suitors away. Her own struggles with injury go back over five years. She knows there are few certainties.

But promotional deals are certainly not what they used to be. Wayne Rooney disclosed in a court case 12 years ago that Sir Alex Ferguson limited him to five sponsors as a Manchester United player. Raducanu has, to put it mildly, a different kind of marketing appeal to Rooney. Picturing her with the product is simply not enough.

For Evian, there have been cheesy films of Raducanu hitting balls with pop artist Dua Lipa and engaging in a game of 'agree/disagree' with her, on the merits of staying out after 2am and asking someone out by text message. (Raducanu draws on her US Open triumph to answer 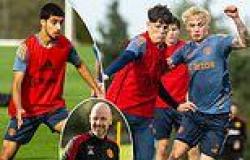 These Chic, 3D Handbags Are Mesmerizing — & Practical Enough For Everyday Use fashion