There are few players who encompass what it means to be a New York Giant more than Michael Strahan, and to learn from him would be no doubt beneficial for anyone, but especially a Giants rookie. Since the Giants selected pass rusher Kayvon Thibodeaux in the first round of this year's draft, Strahan has taken notice of the young talent while advising him along the way.

Speaking with former Giant Tiki Barber on WFAN, Strahan discussed what he has seen from the No. 5 overall pick.

"I met Kayvon when he was in college," Strahan said, via Pro Football Talk. "I would reach out and talk to him when he was at Oregon. A great kid, a smart kid.

Strahan said he heard the questions before the draft about whether Thibodeaux loved football enough, but Strahan said there's no doubt in his mind about that. Strahan sees the love and passion the 21-year-old plays with.

"I think the kid is going to be a great player," Strahan said. "Hopefully he'll allow [me] to help him as much as I can, if there's anything he needs."

Thibodeaux has big shoes to fill looking up to Strahan, the 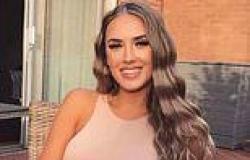