Happy Friday, everyone. It's Wajih AlBaroudi here, filling in for Zach Pereles. We'll be back with you on Tuesday, but before that we've got a truckload of news for you ahead of the Fourth of July weekend. Buckle up.

This is the article version of the CBS Sports HQ AM morning newsletter. To sign up and get this in your inbox, fill out the information below.

Thanks for signing up! Keep an eye on your inbox.
Sorry! There was an error processing your subscription.
Good morning to everyone but especially to...

The start of NBA free agency is circled in fans' calendars every year. It has arguably become as compelling as the league's on-court product. Nets superstar Kevin Durant made this year's opening day of free agency even juicier than usual with a trade request that broke the internet.

Hours before free agency officially began, Durant requested out of Brooklyn, according to his business manager Rich Kleiman. Durant is reportedly working to find a trade partner with Kleiman and Nets general manager Sean Marks, and his preferred destinations are the Suns and Heat. The timing of Durant's request is curious, as his supremely talented teammate Kyrie Irving opted into his $36.5 million player option earlier this week.

As if the Durant news didn't provide enough chaos on Day 1 of free agency, rumors of Irving joining the Lakers in a swap for Russell Westbrook began swirling on social media. The Nets reportedly will try to move Irving if Durant skips town, and Irving has already expressed interest in a West Coast reunion with LeBron James.

CBS Sports' Brad Botkin explained why James' advanced age and contract situation -- he turned 38 in December and will hit free agency next summer -- could complicate the negotiations:

Botkin: "The Nets don't want anything to with Westbrook. What they might consider is taking Westbrook in a deal that also provides them with multiple future first-round picks, which the Lakers have been unwilling to include to this point. The Lakers are trying to retain their draft equity for life after LeBron James, which could be coming sooner than later."

The fate of Durant and Irving will certainly be on our radar over the coming days and weeks.

And not such a good morning for...

Another year, another seismic conference realignment announcement in college sports. USC and UCLA will move to the Big Ten by the 2024 athletic season, sending a potential death blow to the once mighty Pac-12.

USC and UCLA will leave the Pac-12 after joining the conference in the early 20th century -- 1922 and 1928, respectively The move mirrors the one Texas and Oklahoma, two Big 12 powerhouses, made last year by announcing their plans to join the SEC by 2025 With USC and UCLA's conference jump, the SEC and Big Ten -- college sports' preeminent conferences -- will each have 16 teams

This couldn't come at a worse time for the Pac-12, as the conference's media rights deal is set to expire in 2024. So much for the strategic alliance the Pac-12, Big Ten and ACC made last year in response to Texas and Oklahoma's move to the SEC.

The Pac-12's dire situation could, somehow, get even bleaker, though. Our Barrett Sallee explained why:

Sallee: "The era of super conferences is clearly upon us. The Big Ten and SEC could certainly add more programs to further fracture the sport, and the 14-team ACC is essentially stable through 2036 due to its grant of rights deal and roughly $52 million exit fee. That will put the higher-profile Pac-12 teams in a massive pool of programs -- including current and future Big 12 schools -- scrambling to stay relevant in the future landscape of college athletics."

In college sports, the rich continue to get richer.

While Durant's trade request took center stage on Day 1 of free agency, plenty of actual player movement took place. Allow me to guide you through the moves that matter most.

Among the players who hit free agency Thursday, former Mavericks guard Jalen Brunson came out the richest thanks to the Brinks truck the Knicks rolled out for him. Here are the details on Brunson's big deal -- and a few other significant moves.

While some may have sticker shock over the eight-figure deal for Brunson -- who's coming a career-best season of 16.3 points and 4.8 assists per game as the secondary ball handler in Dallas -- his connection with the Knicks made the deal obvious for some time, as CBS Sports' Sam Quinn noted.

Brunson is the son of Knicks assistant coach Rick Brunson Knicks president Leon Rose served as the agent for Rick Brunson, a former NBA player himself, during his playing days Sam Rose, one of Brunson's agents at CAA, is the son of Leon Rose

For all the up-to-the-minute free agency updates today and through the weekend, follow CBS Sports' tracker.

Watson is facing four sexual misconduct lawsuits for alleged inappropriate sexual misconduct during massage sessions; there were originally 24 lawsuits, but Watson reached confidential settlements with 20 of the women last week.
If Robinson determines Watson violated the NFL's personal conduct policy, she will likely suspend the former Texans star; the NFL has called for a one-year suspension, though the decision is entirely Robinson's. The NFLPA is arguing Watson deserves no punishment, citing the lack of discipline Patriots owner Robert Kraft and Cowboys owner Jerry Jones faced after their respective scandals in years' past.

CBS Sports' Cody Benjamin laid out what he feels is the most likely outcome for the controversial passer -- and why Watson probably won't argue the penalty:

Benjamin: "...Not because the QB has publicly hinted that 'you have to respect' the findings of NFL investigators, but rather because his historic contract with the Browns is already structured to minimize significant financial losses with a 2022 absence. If delaying a lengthy ban is the best-case scenario for Watson (which seems likely), then it stands to reason he and the Browns would rather take the 'L' now and not complicate his contract, or his future as a free agent, unless of course they're that desperate to immediately win games and somehow justify this entire ordeal."

The fully-guaranteed, five-year $230 million deal the Browns handed Watson in March is aging worse by the minute.

With the 2022 MLB All-Star Game less than three weeks away, we have our clearest look yet at the participants. As the leading vote-getters in the American League and National League, respectively, Yankees outfielder Aaron Judge and Braves outfielder Ronald Acuna Jr. are officially invited to the "Midsummer Classic," which is set to take place July 19 in Los Angeles' Dodger Stadium.

Shohei Ohtani, Mookie Betts and Vladimir Guerrero Jr. are among the two finalists for their positions in their 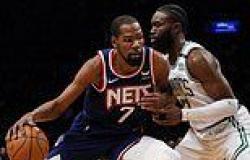 sport news Nets made INSANE demand for Kevin Durant from the Celtics...asking for both ... trends now 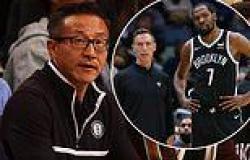 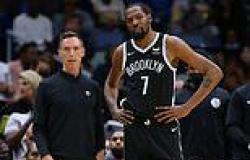 Saturday 13 August 2022 02:55 PM Paddy McGuinness reveals his birthday plans are 'out of the window' after split ... trends now