It feels like linebackers aren't nearly as important today as they once were -- heck, most defenses have removed one linebacker in almost every down-and-distance situation -- but most of the league's best defenses have at least one high-caliber second-level defender. Funny how that works, isn't it?

With the laundry list of responsibilities linebackers have today, possessing a quality one is an incredible boost for any defense.

So which rookie linebackers will be the most productive in Year 1? Read below to find out.

Smith was an enormous recruit who never fully met expectations at Penn State. He does possess an enormous amount of talent in a mammoth 6-foot-3, 250 pound frame with arms that go on for days.

And in Carolina, Smith's type is needed. Shaq Thompson has long been the playmaking weakside linebacker. Matt Rhule's defense needs a sizable but still athletic middle linebacker. That's precisely what Smith is. His combine workout was one for the ages. Beyond Thompson, there's minimal young talent in Carolina's linebacking corps. Smith has to be a more reliable tackler in the NFL than he was in college, but the size, athleticism, natural ability, and opportunity are there for the fourth-round pick to be majorly productive in 2022.

Walker was the first linebacker picked in the 2022 draft, but he's lower on this because he's playing next to a reigning All-Pro at linebacker in DeVondre Campbell. Walker isn't just going come in and siphon his productivity. Campbell played almost 92% of the defensive snaps during the regular season a season ago.

Walker is a lot like Campbell: a big, fast and a reliable tackler. Coverage ability? Ehhh. There is a quality defensive front in Green Bay, which should help the former Georgia's effectiveness in Year 1.

It was apparently a shoulder injury that led to medical red flags for some teams which precipitated Dean's fall to the third round. If that shoulder is healed by September -- it should be, right? -- Dean is in line for a monster rookie season on Philadelphia's defense.

Not sure he could've landed in a better scenario in terms of the defensive line in front of him. Think about it. The Eagles have a stellar defensive front with every flavor of defensive lineman. There's block-devourer Jordan Davis and nearly equally as big undrafted nose tackle Noah Elliss, and droves of up-the-field pass rushers -- Fletcher Cox, Javon Hargrave and the versatile Josh Sweat. Dean will be "kept clean" often. Plus, he's a stud in coverage. The Eagles did sign athletic coverage specialist Kyzir White this offseason, who is really the only hurdle in front of Dean and an enormous rookie campaign.

The Jaguars picked Travon Walker at No. 1 overall, then unexpectedly traded back into the first round to pick Lloyd. Really, you don't need more than that to understand he's going to be a feature of Jacksonville's defense. The nearly 6-3, 237 pounder loaded the stat sheet at Utah thanks to supreme length and insane horsepower to the football.

He's not quite yet a coverage specialist, but the athleticism profile is there for him to eventually become competent in that area. As that facet of his game develops, Lloyd should be utilized a QB spy or blitzing weapon, and he even demonstrated some edge-rushing talent in college.

The Jaguars will be better this year than last, but the defense will have plenty of opportunities. Lloyd should rarely leave the football field and accumulate double-digit tackles in just about every contest. He's that type of high-energy, big-time talent.

Harris deserves more hype, so I'm here to provide that for him. This is an Alabama linebacker with 4.44 speed who was a full-time contributor on Nick Saban's defense for three years. Maybe he hovered under the radar because he's smaller than most of the Crimson Tide second-level defenders before him? I don't know. But, heck, many of the Alabama linebackers who ultimately flopped in the NFL did so in large part because they 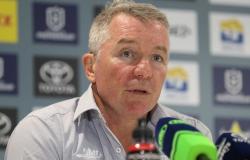