The Chicago Bears haven't enjoyed a great deal of recent success at the quarterback position. Over the last few years, it's been a combination of mediocrity headlined by Mitchell Trubisky, Nick Foles, Andy Dalton, Matt Barkley, and others. Heading into 2022, however, there's the promise that the tides could turn at the position with second-year quarterback and former first-round pick Justin Fields heading into his first season as the full-time starter.

One person who is hoping Fields can be Chicago's savior is someone who knows quite a bit about playing for the Bears: Jay Cutler.

"If the Bears start winning . . . I hope they do," Cutler said, via the Chicago Sun-Times. "And I hope Justin is successful, and I hope he's the next big thing here and he's the best quarterback to come out of Chicago Bears history."

Judging by his teammates' glowing remarks about him this offseason, it does appear like Fields is taking the proper steps towards bringing stability under center. However, Cutler did express some concern regarding Fields' development. The young quarterback is entering his second season in the league and will be dealt an entirely new coaching staff after Matt Nagy was fired and the team brought in former Colts defensive coordinator Matt Eberflus.

That type of turnover is something Cutler is all too familiar with, as he played under three head coaches and six offensive coordinators during his eight-year tenure with the Bears.

"I like [Fields] . . . he's got all the tools, but it's the same problem the Bears have had for a long time: They're turning over coaches and turning over OCs," Cutler said. "It's hard for a quarterback. You look across the league, and the guys that are really good at quarterback have the same coaches and same systems each year.

"This is like learning a different language. It's like if I told you: 'Hey, you've gotta learn Spanish this year, and next year learn Italian and the next year learn Chinese.' It's not gonna be easy."

Given that the Bears went through another season where they were under .500, it was the right 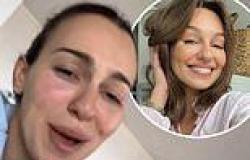