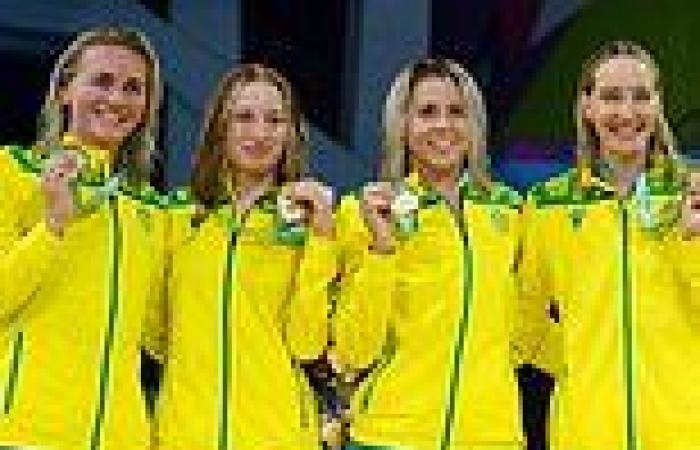 It has been a long time coming, but the Australian women are the world's best in the pool once more after smashing the world record in the 200m freestyle relay at the Birmingham Commonwealth Games.

Even though top-flight nations like China and the United States were not present, there was no questioning the dominant nature of this swim.

Ariarne Titmus claimed a personal world record in the anchor leg with a lightning-fast split of 1:52.82 seconds, with the overall world record shattered by the quartet of Titmus, Madi Wilson, Mollie O'Callaghan and Kiah Melverton. 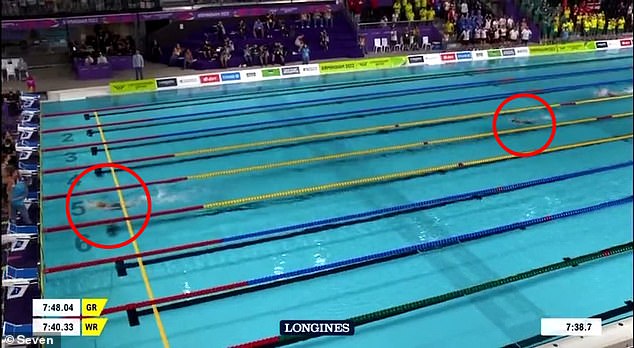 The image that shows how dominant Titmus' anchor leg was in the women's 200m freestyle relay at the Birmingham Commonwealth Games, leaving her Canadian rival in her wake

The effort from Titmus race meant the team sliced more than a second off the previous world record [7:40.33] set by China at last year's Tokyo Olympics.

Amazingly, Australia was afforded the luxury of resting champion swimmer Emma McKeon for the relay.

The win comes after a disappointing third place finish at last year's Tokyo Olympics when the team were hot favourites for victory.

Titmus was also missing due to Covid for the recent world championships where the Australian team finished behind the United States team to claim silver.

This time around, everything fell into place beautifully. 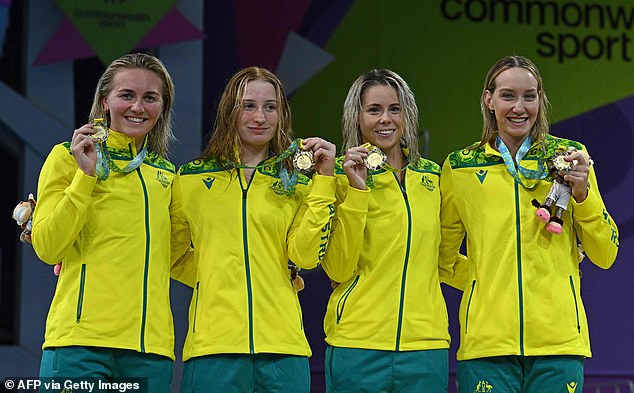 Wilson, O'Callaghan and Melverton cheer Titmus home, the girls celebrate and on the podium with their gold medals after the world record swim in the 200m freestyle relay

In a stunning admission, she said she felt 'slow' in her world-record swim at Birmingham.

'I'm really happy to be able to perform for the girls,' Titmus said afterwards.

'I mean, in the past couple of relays I have done I feel like I haven't really performed my role as well as would have liked.

'I was disappointed last year at the Olympics, so I'm glad 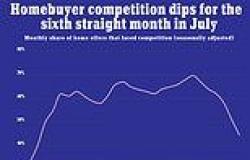 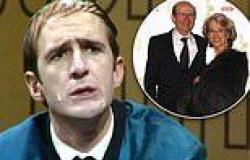 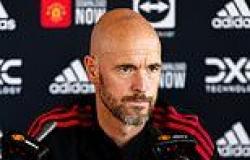