No. 1 pick Travon Walker after picking up first preseason sack for Jaguars: 'Plenty more to come'

On Thursday night, the 2022 NFL season officially began, as the Jacksonville Jaguars and Las Vegas Raiders squared off in the Hall of Fame Game (here are our takeaways). That game also gave football fans their first look at No. 1 overall pick Travon Walker in a professional setting.

Walker picked up his first-ever sack for the Jaguars, pushing his way into the backfield and then bringing the Raiders' Jarrett Stidham to the ground when he stepped up into the pocket to avoid edge pressure.

"It was definitely an exciting feeling," Walker said of picking up the takedown, per ESPN.com. "It was my first [sack] but, like, plenty more to come."

Walker's new coach, Doug Pederson, seemed to be impressed with the play, and with the way Walker played overall on the evening.

"I thought he did some really good things," Pederson said. "There were some early good, quick pass rushes in there. He's very disruptive. He showed his length, athleticism, his power. He's going to be fun to watch all season."

However, Walker also picked up a roughing the passer penalty when he got his hand into Stidham's neck and face area on another pass rush. It was a sign that Walker can get to the quarterback with his elite athleticism and

PREV Aaron Rodgers on injured rookie WR Christian Watson missing start of training camp: 'It's not a big concern'
NEXT ‘Are you kidding me?’: Australia’s beach volleyballers blow up mogaznewsen 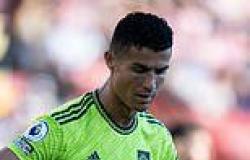