The New England Patriots will begin their 2022 NFL preseason schedule when they host the New York Giants on Thursday. New England bounced back from its first losing season since 2000 by going 10-7 last year and reaching the playoffs, where it lost to Buffalo in the Wild Card round. New York posted a 4-13 record in 2021 for its fifth consecutive losing season. The Giants hosted the Patriots last preseason and suffered a 22-20 defeat.

Kickoff from Gillette Stadium in Foxborough, Mass. is scheduled for 7 p.m. ET. New York is a 1.5-point favorite in the latest Giants vs. Patriots odds at Caesars Sportsbook, while the Over-Under for total points scored is 34. Before locking in any Patriots vs. Giants picks or 2022 NFL preseason predictions, make sure you check out what SportsLine NFL expert R.J. White has to say.

Now, White has locked in on Giants vs. Patriots from every angle and released a confident against-the-spread pick for Thursday's game. You can visit SportsLine now to see White's picks and analysis. Here are several NFL odds and trends for Patriots vs. Giants:

Buffalo was one of the most dangerous offensive teams in the NFL with Brian Daboll as its offensive coordinator, and New York is hoping the first-year head coach can help turn around a club that was last in the league in scoring last season. The Giants produced 258 points in 2021, 46 fewer than 31st-place Carolina. With Daboll running the offense, the Bills led the NFL the last two campaigns with 483 points in 2021 and 501 the previous year.

With quarterback Daniel Jones entering what likely is a make-or-break season, Daboll is fortunate to have Tyrod Taylor at his disposal. The 33-year-old Taylor, who should see plenty of action Thursday, completed 91-of-150 pass attempts for 966 yards with five touchdowns and five interceptions while starting six games for Houston last season. Taylor had his best year in 2015 with the Bills and was named to the Pro Bowl after throwing for 3,035 yards and 20 TDs in 14 contests.

Mac Jones is coming off a solid rookie season but reportedly looked out of sync during the first two weeks of practice and could get playing time against New York. Veteran Brian Hoyer, who is in third stint with the Patriots, missed practice time due to illness, so it's likely that plenty of snaps will come his way. The 36-year-old appeared in five games for New England last year, going 9-for-11 for 227 yards and a touchdown.

Bailey Zappe will get his first taste of the NFL after being selected in the fourth round of the 2022 NFL Draft. The 23-year-old spent three seasons at Houston Baptist before transferring to Western Kentucky, where he completed 69.2 percent of his passes last year and set FBS records with 5,967 yards and 62 TDs. New England's QBs will often be looking in the direction of 2022 second-round pick Tyquan Thornton, who hauled in 62 passes for 948 yards and 10 scores 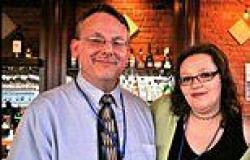 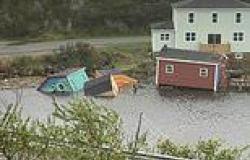