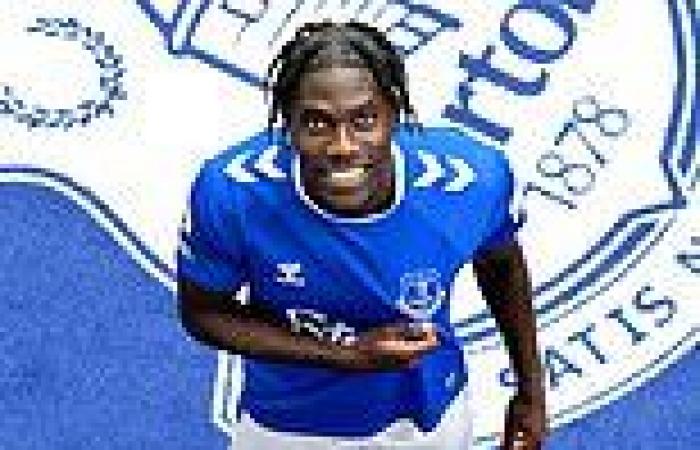 Everton turned a lot of heads earlier this week when they signed 20-year-old defensive midfielder Amadou Onana from Lille for £33.5 million.

After a window that had seen them bring in proven but uninspiring players such as Connor Coady and James Tarkowski, the arrival of a midfielder with just 32 games off top flight-experience seemed like an uncharacteristic gamble.

Frank Lampard isn't alone in seeing promise in Onana though, as Roberto Martniez has already given the starlet an international debut for Belgium. 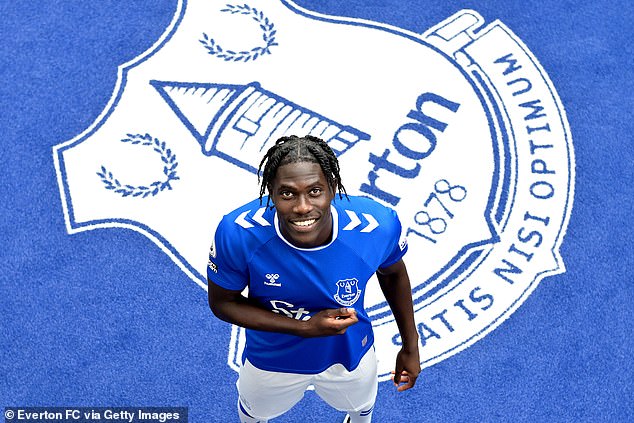 Amadou Onana has joined Everton for £33.5 million after a year in Ligue 1 with Lille

'He's a strong personality. He never hides, he asks for the ball and he dares. He is one of the most talented young players in Europe' Martinez said after the game, strong praise from a man who has managed the likes of Kevin De Bruyne, Axel Witsel and Youri Tielemans.

As Onana prepares for a start to life in Premier League football, Sportsmail takes a closer look at his journey in the game so far.

Onana was born in Dakar, Senegal, but started his career as a youth player at Anderlecht before played for various Belgian clubs as a youngster.

He first played senior football with Hoffenheim II before establishing himself at Hamburger SV in Germany's second division. 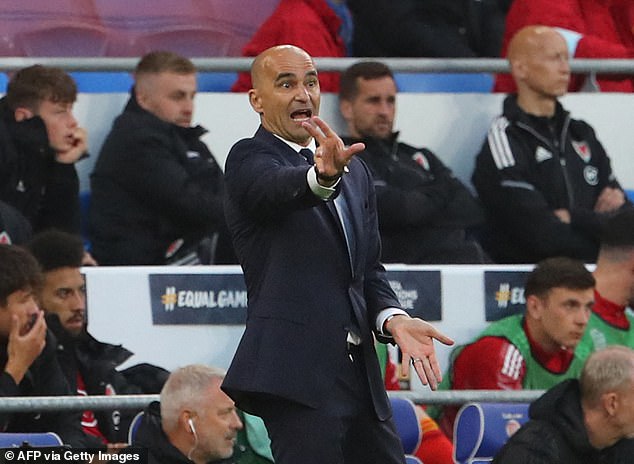 After a season in Germany, the midfielder joined Lille last summer, where he made just 13 starts across Ligue 1 and the Champions League but was regularly used off the bench.

Following his move to Everton, Onana said he chose the number eight for his shirt after his idol Kobe Bryant. He said: 'His work ethic and the way he was inspired me so I’m happy to have that number at Everton.'

How does he play?

The real plus with Onana is his tackling.

He was dribbled past less than once

PREV sport news SPECIAL REPORT: Iran are in chaos ahead of the World Cup as unrests grows in ... trends now
NEXT Broncos bring in help for Nathaniel Hackett, hire Jerry Rosburg to assist first-year head coach during games 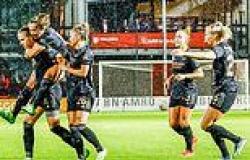 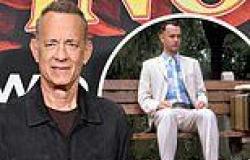 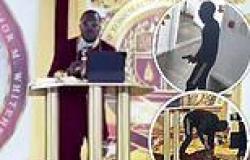 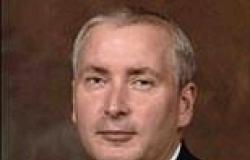