Serena Williams is going out her own way. We -- the fans, the players, pretty much everyone -- should cherish that. The 23-time Grand Slam winner announced that she has a retirement plan in place and insinuated she will retire after the US Open, which begins at the end of this month.

Williams, 40, cited the desire to have another child as the main reason for the decision. Williams' 23 Grand Slams are most by a woman in the Open Era and one short of Margaret Court's all-time record of 24. "It's the hardest thing that I could ever imagine," Williams wrote.


Williams' dominance since her career started in 1995 -- when she was just 14 years old -- is jaw-dropping. Aside from her 23 Grand Slams and 73 singles titles overall, here are some other notable achievements:

Williams is more than a star. She's a hero, an icon, a legend -- any exemplary word you can find, she fits the mold. That she is leaving tennis is quite sad and the end of an incredible era; that she can leave it on her own terms, however, should be celebrated. She emphasized that she wants to be fully committed to either tennis or being a mother, and it's time for her to focus on the latter.

But not before one final major, which we should all savor as much as we can. We've been lucky to be along for the ride.

Honorable mentions And not such a good morning for...

Add a strange and frustrating new chapter to the story of Red Sox star Chris Sale's injury struggles. The seven-time All-Star underwent surgery for a broken right wrist after falling off his bike and will miss the rest of the season.

Sale is signed through 2024 with a 2025 option and is owed at least $55 million over the rest of his contract.

... AND ALSO NOT SUCH A GOOD MORNING FOR MEKHI BECTON

The news regarding Jets offensive tackle Mekhi Becton went from fine to bad to pretty much worst-case scenario in the blink of an eye. The 2020 first-round pick is now expected to miss the entire season with a fractured kneecap.

Becton suffered the injury in Monday's practice, but head coach Robert Saleh initially said the knee was "stable," and there was optimism it wasn't serious. Monday night, however, it appeared the injury was indeed serious, and by Tuesday morning, "avulsion fracture of the right kneecap" was the diagnosis. Becton is expected to get a second opinion today. It's the same knee Becton injured in Week 1 of 2021, an injury that forced him to miss the season.

The 11th overall pick two seasons ago, Becton has played in just 15 of a possible 33 games and struggled with his conditioning in addition to the injury issues. The Jets were hoping to move him from right tackle to left tackle this season.

Not so honorable mention Roquan Smith requests trade from Bears. Where could he land? ????

Smith, a second-team All-Pro in 2020 and 2021, is entering the final year of his rookie deal. In part of a lengthy letter, Smith, 25, said the new front office has "refused to negotiate in good faith, every step of this journey has been 'take it or leave it.'" The Bears have a new coach, Matt Eberflus, and a new GM, Ryan Poles, in place. Poles says his "intentions are to make sure Roquan is on this team."

The start to the Eberflus-Poles tenure has been a rocky one, though that's to be expected during a near-complete rebuild. The Bears earned the lowest mark in our draft grades and traded away star Khalil Mack, a move that was probably smart but still disappointing.

Now, the team could be staring down losing another outstanding defender. If Smith does end up leaving, where could he go? Our NFL expert Cody Benjamin has five potential destinations, including...

Benjamin: "Ravens -- Now that they're back to full strength across the roster, this is a dark-horse team that could make some serious noise in the AFC. ... Smith not only would be an instant upgrade, but he'd be an answer for them for the foreseeable future."
Why the Nets shouldn't let Kevin Durant boss them around ????

Kevin Durant's trade request is now more than a month old, and while there's pessimism anything will happen soon, Durant did force the issue last week, telling team owner Joe Tsai to either trade him or fire head coach Steve Nash and GM Sean Marks. Tsai responded by expressing confidence in both Nash and Marks.

Got it? Good, now you're all caught up on the elephant in the room that looms over what's left of the NBA offseason.

Reiter: "Tsai has to tell the man the same word Nets general manager Sean Marks did, as we suggested here when news of Durant's trade demand first surfaced, the word that has led to all this huffing and puffing to blow Tsai's team down: No. No, Kevin, you're not in charge. No, Kevin, we won't blow up our team, or trade you, or -- cue Durant's latest would-be power play -- fire all the adults in the room because they didn't treat your tantrum like the world's most sagacious reaction to difficulty."

Bill takes a strong but fair stance here, and I encourage you to read his column. Also be sure to check out our NBA expert Brad Botkin's thoughts on whether the Durant-vs.-Nets drama has reached a breaking point. 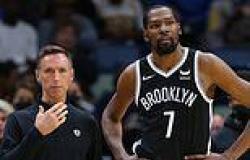 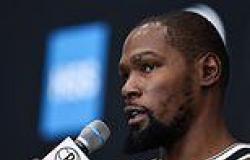 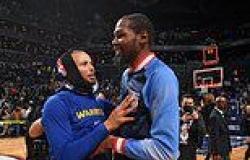 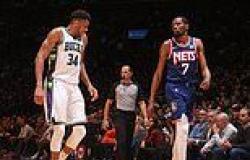 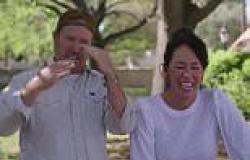